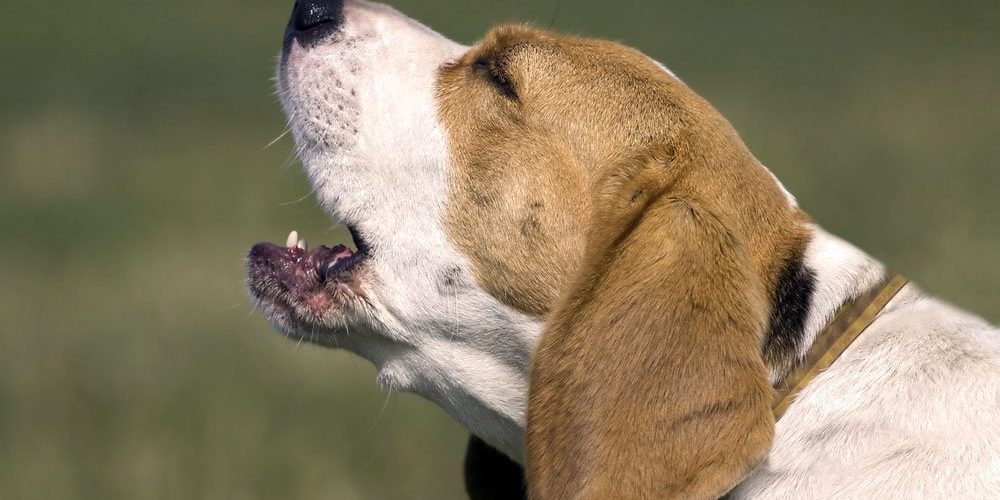 The title might have been ‘How to Train Your Beagle NOT to Howl’. But that would have been misleading. Beagles have been bred for hundreds of years as hunting dogs and their barks, bays, and howls are an important part of that practice. Trying to train a Beagle to remain completely quiet all the time is akin to molding them to become a cat. Not gonna happen.

Breeding dogs for dozens of generations to be hunting companions means it doesn’t disappear once Beagles are kept purely as pets, as is more likely today. Still, there are several training techniques that will lessen the noise they make.

First, think of the conditions in which a Beagle will do what its nature encourages. Used to accompanying hunters, their different sounds were helpful in many ways.

A bark is intended to alert the pack (whether human or canine) to danger, particularly the inherent danger of being separated. If a puppy gets away from the pack, his vocalizations help the older dogs locate him. If the pack or a member is threatened by another species, barks alert all members to focus on the threat. The sounds also discourage the predator from carrying through with its plan.

A howl allowed hunters to locate the Beagle and give clues about the status of the hunter’s prey. A howl kept the hunter from accidentally shooting the dog and keeps the dog on track to not lose the animal he was stalking. Unlike a bark, this vocalization can provide clues to the hunter without alarming prey.

A bay is somewhere in between the two and, frankly, no one has ever figured out exactly what purpose it serves. Beagles simply seem to enjoy making their presence known to the world. A harsh sound, it may annoy you or the neighbors but Beagle owners know that baying is fun for the dog. They often do it even when not left alone and there are no distractions in the surroundings.

All these different sounds and the events that tend to evoke them give pet owners clues about how to suppress them.

Beagles enjoy company. As friendly, active dogs they prefer to socialize with other members of their ‘pack’. Some dogs, like German Shepherds, are fine left alone for long periods. Not happy, perhaps, but not alarmed. A Beagle wants to be part of the action. Giving them company will help reduce barking.

Providing an environment with fewer shrubbery or hiding places that are accessible and where animals are less noticeable will help minimize howling. If they can’t smell or see a cat in the bushes, your Beagle is less likely to try to alert you.

Though its purpose is a mystery, baying can be kept low by giving your dog lots of exercise. A well-exercised Beagle is a satisfied Beagle. They will still let you know they’re around, but less often. Also, plentiful attention will help. Keeping them close and showing lots of affection reduces the dog’s need to seek it by baying. But, then, showing your Beagle love is not something you need to be encouraged to do. You won’t be able to help yourself once you get him home.