The Tragic Facts About the Yulin Dog Meat Festival

You are here:
Animal WelfareFeatured 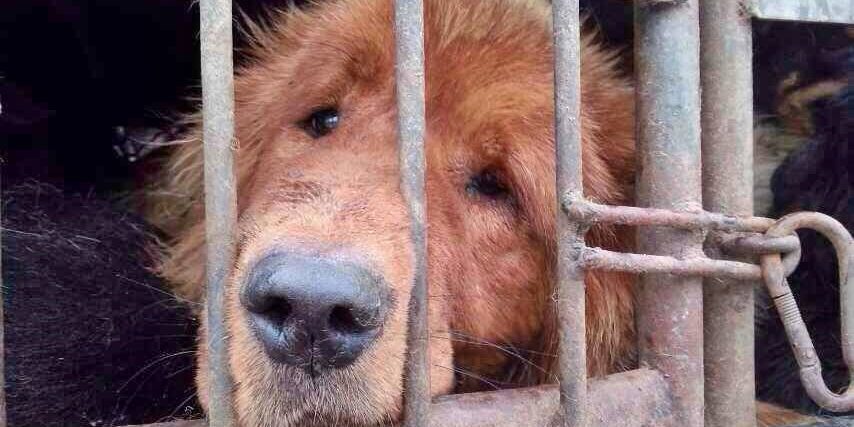 On June 21st the city of Yulin in China’s southwest province of Guangxi, will host the twelfth year of the infamous Lychee and Dog Meat Festival.

In 2010, black marketers and restaurant owners who needed a money maker for this disadvantaged region, conspired to create a summer solstice attraction with dog meat as the centerpiece. While this one-day festival gets the most attention, many restaurants in Yulin and other dog eating regions of China serve dog meat all year.

10 Million Dogs Are Killed In China Every Year

The unregulated dog meat trade is primarily based in 3 regions — DongBei, Guangdong, and Guangxi, home to the city of Yulin. Consumers of dog meat, primarily older men, cling to the belief that eating dog meat contributes to their luck, health, and virility. There are no facts to support that mindset.

Unfortunately, there is no national law against the consumption of dog in private homes or restaurants. Despite that giant loophole, there are national laws against the theft of companion animals, transport without health documents, and the slaughter of dogs and cats from unknown sources. Additionally, restaurants are prohibited from selling uninspected dog meat. So there are measures in place that could cripple the trade but for the most part, those laws are rarely enforced.

Criminals Own the Trade

In China, dogs are not ‘farmed’ to satisfy demand. Since they’re carnivores, dogs would require a meat-based diet for at least six months to reach a profitable weight. The cost of food, along with the cost of providing rabies and other vaccinations, would make the price per pound double or triple the market rate. It’s much cheaper for criminal groups to fan out across China capturing strays and, sadly, stealing pets. What makes it an even more attractive trade is the fact that authorities rarely prosecute or enforce laws prohibiting the practice.

China Has Over 40 million Free-Roaming Dogs

Duo Duo Project and local animal welfare organizations operate spay and neuter programs in several Chinese cities, but there’s an enormous population of street dogs and stray cats — more than in any other country, according to the World Health Organization.

Hundreds Of Dogs Are Forced Into Cages on Flatbed Trucks

Meat traders keep abducted dogs in holding pits until there are enough animals to fill large trucks with up to 500 dogs. The dogs are jammed into cages and transported — often for thousands of miles — without food or water. Their torturous journeys are typically made in the bitter cold or intense heat.
Rescue groups that intercept the trucks say that many of the animals are injured or infected with disease. There are usually dogs who die from dehydration, suffocation or heatstroke. Adding to the heartache is the fact that many of the abducted pets are still wearing their collars. At the slaughterhouses, dogs are bludgeoned, their throats are cut, and they are left to die in front of other terrified animals.

Yulin and its abhorrent festival get a lot of coverage this time of year but estimates are that 4 million cats die every year for consumption in China. As with dogs, thieves satisfy demand by stealing pets and capturing urban strays.

The Consumption of Dogs and Cats is Not Widespread

The practice of eating dog or cat is not common in China and is seen by more and more people as an offensive taboo. While precise numbers are hard to come by, estimates are that dog meat is eaten by less than twenty percent of Chinese people.1 According to a survey from Horizon, (commissioned by the China Animal Welfare Association) 69.5% of the Chinese population have never eaten dog meat, 64% support the end of the Yulin Festival, and more than half of the respondents said the trade should be totally banned.2

Dogs and Cats Are No Longer Classified as Livestock

Criticism of the inhumane festival and practice has been strong outside of China for years, but domestic condemnation is on the rise and there are signs of progress.

In 2020, the central government cited concerns over animal welfare and prevention of disease transmission. As a result, the Ministry of Agriculture and Rural Affairs classified dogs and cats as companion animals vs livestock.

Beijing has not officially prohibited the eating of dog meat but the two mainland cities of Zhuhai and Shenzhen in the Guangdong province introduced a breakthrough law that clearly banned sales and consumption of dog and cat meat.

The Festival’s Popularity is Waning

In the festival’s biggest years — from 2014 to 2016 — approximately 10,000 dogs were slaughtered for the summer solstice festival each year. In 2020, local activists estimate that the number fell to around 3,000.

Another positive sign is that criticism has surfaced on China’s social media platforms to the point that posts about the Yulin Festival are censored on Weibo and other social media sites.

Young People are Driving the Change

Old habits die hard, but young people across China are the most vocal about inhumane treatment of animals. Many of the young animal rights activists grew up with pets who were likely their only sibling because they were born when China enforced a ‘one child’ rule for each family. That policy ended in 2015.
The new generation of activists are well-organized and capitalize on social media platforms. Brave groups are intercepting more transport trucks every year

The Case Against the Trade is Stronger Than Ever

The World Health Organization warns that the consumption of dogs and cats comes with human health risks from diseases including cholera, trichinellosis, and rabies, which spreads easily in transport trucks.

COVID-19 has also led to increased concern and criticism about live markets. Experts and animal welfare organizations have said that the unsanitary and inhumane conditions at wet markets for both wild and domestic animals create optimal breeding grounds for zoonotic diseases.

How Duo Duo Project is Fighting the Trade

There are several organizations fighting to end the consumption of dog and cat across Asia but Duo Duo Project is devoted to ending the torturous trade in China.

Andrea Gung, a Chinese American, founded Duo Duo Project in 2013 and has taken an empathetic, culturally conscious approach toward increasing compassion and decreasing the demand for dog meat. She and her grassroots teams are in Yulin 365 days a year working to change hearts and minds. Their collaboration with compassionate people in China is key to their success.

How You Can Help

MarylandPet.com is eager to support everyone working to bring an end to this needless suffering. Please sign up for occasional emails about programs and progress. Donate whatever you can. And, of course, help spread the word! Learn more at DuoDuoProject.org. 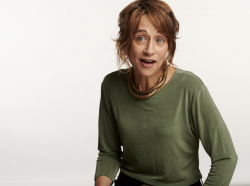 Pet-Proofing Tips to Create a Safe Space for the Newest Family Member!
May 24, 2022