The Future of Cannabis-Based Pet Treatments 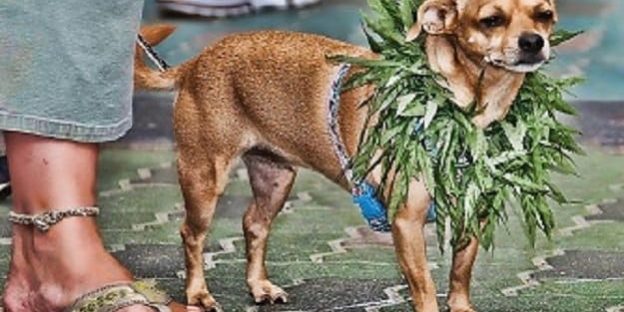 Between 2008 and 2014 the pet market for CBD doubled, and with future projections expecting to see a 3-5% annual growth, it looks like giving our pets cannabis-based products is here to stay.

In fact, there is little doubt that CBD and other cannabis products won’t become a leviathan in the medical world — both in the realms of conventional medicine and in the all-natural world. Really, they already have. In 2018 alone we’ve seen a strong push to completely remove all associations hemp has with marijuana from people whom you’d least expect.

While both considered cannabis, hemp varieties lack the chemical compound that gives marijuana varieties the ability to produce a high. There is no euphoria, munchies, or giggles but that hasn’t stopped people from putting down marijuana and picking up hemp instead.

Even more enticing, while marijuana main chemical tetrahydrocannabinol (THC) shows significant promise in treating drug-resistant forms of epilepsy and may display anticancer properties, the chemical is dangerous to adolescent brains and many animals.

In fact, THC is extremely dangerous to dogs, and they appear to be one of the few mammals that can overdose from too much THC. This makes marijuana impossible to give to your dog, and irresponsible to give your pet it in general due to the high it causes. Yet, all this isn’t even slowing down the rate people are giving their pets another form of cannabis.

What Does Cannabis Mean?

Cannabis terminology is super confusing — even the Controlled Substance Act spells marijuana wrong. So let’s clean up all confusion by breaking down the plant.

THC is a phytocannabinoid, but it binds stronger to CB1 receptors more than any other cannabinoid does, and thus it make us feel high.

Like all things marijuana, CBD is a confusing term as it refers both to CBD products and the cannabinoid itself. As well, CBD is found in both marijuana and hemp, yet the majority of CBD products you’ll come across are Full Spectrum Hemp CBD. This is a whole plant extract that will contain all the cannabinoids and terpenes found in cannabis instead of just having only CBD. Since it’s derived from low-THC hemp plants, it can’t get you or your pet high and is safe for dogs.

Full Spectrum Hemp CBD is what you want for your dog. Now, humans have the ability to pick up CBD isolate for themselves, but without the other compounds, it’s harder to dose — however, it works well for some people. If you’re interested in researching more about how to use CBD isolate powder for yourself, check out the guide. It’s likely that CBD isolate will never be a thing for pets, and will likely only be used to change up the ratio of cannabinoids.

The Future of Cannabis

Terms like marijuana and hemp will likely move out of fashion as the only thing that defines them is a difference in how much THC there is. But what should that limit be? The logical answer is whatever the amount of THC it takes to cause a high. But the more CBD there is, the more THC needed to produce a high.

CBD, the cannabinoid, is very good at mitigating the negative effects of THC. High THC and low CBD plants have a habit of making people paranoid, giving them insatiable appetites, making them tired, and negatively affect their memory. It also stifles the euphoria THC causes so it’s impossible to have a one-size-fits-all standard. As well, by focusing on just THC or CBD, we discount the other compounds with their own medical properties.

With certain distillation techniques, we can separate each phytocannabinoids from the others, then reintroduce them in different ratios to target specific medical conditions. Now, that we have this ability, the entire game changes for how we all consume cannabis.

As well, the image of smoking marijuana herb could become a distant memory as extracts, tinctures, and edibles are increasingly becoming more popular because many are already formulated with things like extra THC or have different terpene ratios for different flavors.

How Will Pets Consume Cannabis in The Future?

For pets, the big focus in the future will be finding an administration method that works as well as vaping does for humans. Vaping cannabis allows the cannabinoids and terpenes to fully enter into the bloodstream within a few minutes, allows easy manipulation of the dose, and will have a pleasant flavor.

Edibles like dog treats or capsules have one-size fits all dosages that can take up to an hour before they are fully absorbed. Tinctures are absorbed quickly and give you the ability to give precise dosages, but they can have a strong grassy flavor due to things like chlorophyll.

For dogs, there is no current winner like there is for people. You want to weigh the advantages and disadvantages of tinctures, treats, or capsules before buying hemp CBD. In the end, you really can’t go wrong with whatever you choose.

What To Do To Help Your Pet Manage Pain
November 28, 2018
Search
Recent Posts
CONTACT MARYLANDPET.COM
Go to Top
Go to mobile version