Reading Your Cat’s or Dog’s Insides 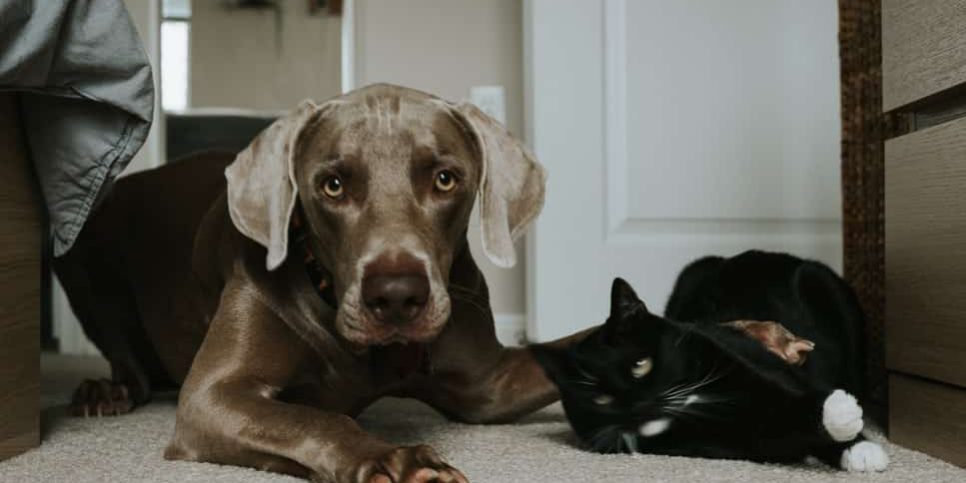 What is going on in there? This is a thought which comes to mind a lot when you watch your or other’s cats and dogs put themselves in strange situations or are giving their undivided attention to something which seems unnoteworthy and you’re trying to figure out what they’re thinking. A cat atop a shower curtain rail, lying entirely content after what must have been a struggle to get there or before what will be a struggle to get down. A dog staring towards the of a corridor, passive and almost excited, towards nothing which would indicate anything that could happen, other than something ghostly. Straightening out their thought processes can be a baffling and amusing activity. There is a keen lesson here, though, about understanding what is going on inside your pet. There are insides which owners will be able to read. These are the most important ones. Here are some common issues your pet’s internal organs might be having.

Let’s begin with the heart.

Cats and dogs suffer similar heart issues. Although, some diseases are more common in one than the other. Hypertrophic cardiomyopathy (HCM) is the most common heart disease diagnosed in cats. It is seen in all cats, but certain breeds are most susceptible, such as the Ragdoll and the Sphynx. If a breeder guarantees that their line is HCM-free then it is best to avoid them. It is not possible to guarantee it. The disease causes the muscular walls of the heart to thicken. This can lead to the heart pumping faster, which means higher oxygen usage and possibly more oxygen starvation, causing the heart cells to die off. Arrhythmias can develop. Prognoses will vary.

It can be difficult to spot signs of the disease. Some will display lethargy and laboured or heavy breathing. However, others will live with a heart which is suffering from this disease without the owner knowing. It is a progressive disease, so when it is bad, it can be noticed via these signs. It is treatable via continual care – though, there is no known cure.

Being prepared with pet insurance will help. The average cost of pet health insurance, from insurers like Lemonade, for instance, will vary based on species, breed, age, and size of the pet. These are all details which influence patterns in pet health. Tailoring your insurance to your pet will ensure the right coverage.

These symptoms – lethargy and different breathing habits – are common to many heart issues. There are other symptoms like tiredness, weight loss, fainting, and coughing. Keeping an eye out for these will go a long way to recognising your pet’s health.

Breathing difficulty can be signs for other issues: asthma, namely. Causes for asthma are often the same as for humans. Dust, pollen, and cigarette smoke are common ones. Again, certain breeds can be predisposed to asthma and being affected by allergens, like the Boerboel breed.

Dry coughs can indicate other problems too. If a dog starts coughing, the assumption usually is kennel cough. This can be correct. It occurs when a dog inhales bacteria or virus particles. Their respiratory tract has a defensive mechanism to protect itself against bacteria and virus, where mucus will trap the harmful stuff and deal with it. However, this defence can be weakened by cold temperatures, poorly ventilated or crowded spaces, exposure to dust, and travel-induced stress. (Travel-induced stress and poorly ventilated areas are associated with kennels, hence the name.) It is highly contagious, and other pets should be kept away from the one who has it. Kennel cough doesn’t tend to need treatment, and can clear itself. However, in young pets or if the kennel cough is a secondary infection, and there seems to be something else going on, contact a veterinarian.

There are videos of owners testing out how their dogs react to lemons and others of cats dry heaving and gagging when smelling some of their owner’s food. The worried rush to google to find out what your dog or cat has managed to steal from a kitchen counter or table and eaten is dangerous for them is well documented. Hopefully, due diligence was done before the lemon tests.

Pets’ digestive systems can be sensitive. Like humans, some dogs and cats will need specialist diets: be it raw food, grain-free, or dairy-free. Loss of appetite, vomiting or diarrhoea, and other bodily gas and fluid expulsion can be symptoms of a problem. Gastroenteritis, colitis, and inflammation-based disorders can occur, as can illness like cancer and bloat. Some require dietary and medicinal treatment, and others will need surgery.

Your pet’s insides are readable. You will notice differences because it’s difficult not to. They’re too entertaining not to pay close attention to.

4 Benefits Of Getting Your Pet Desexed
December 2, 2020

Why it’s Essential to Know the Current Worm and Flea Treatments
October 22, 2020