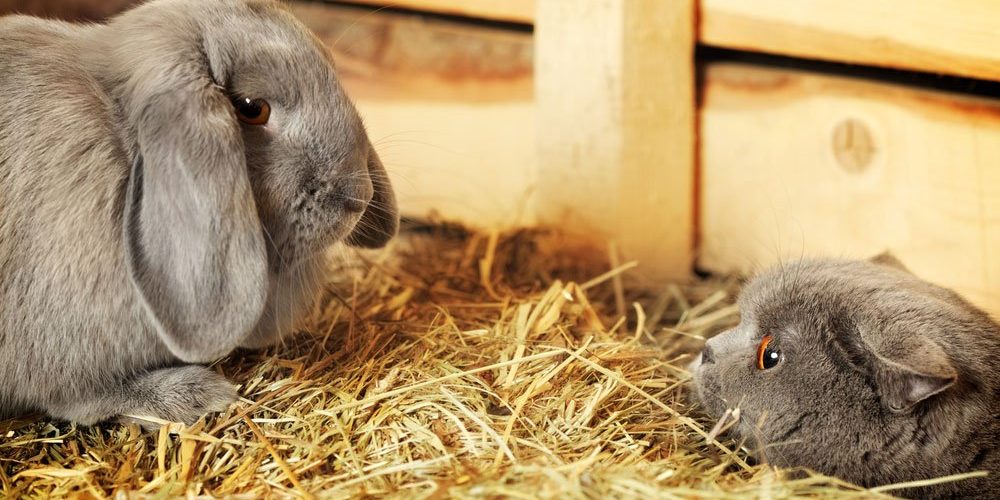 Many people treat their dog as a tool. They put it outside to watch the property, or generally ignore it until they want it for something. That’s tragic. But luckily that sort of thing happens rarely with owners of rabbits. Rabbit owners will often pay much more attention to keeping their rabbit safe from harm and ensuring its well being.

Not always easy to do.

Rabbits evolved in an environment in which they served as prey for a variety of larger, more aggressive species. Like deer, the species survived by developing avoidance responses. They’re alert to any threat then run and hide at the first sign of trouble. But that means they need a way to escape and someplace to run to.

When small children, dogs, cats and others represent a threat to your rabbit, even unintentionally, it’s time to take steps to give your pet a little help.

Adults will often get a rabbit intending for it to be a child’s pet. The young one sees a cute, soft, little animal and then melts Mom’s or Dad’s heart and the rabbit comes home.

But, rabbits are not like cats. They often don’t enjoy being held. When a child collapses its arms around a bunny they often mean well, but the rabbit perceives it as a threat, not affection. That stresses the rabbit and can harm the child when the rabbit’s claws are backed by powerful hind legs and sharp teeth in strong jaws.

Supervising children, teaching them how to interact with the rabbit, is the best way to go. Rabbits enjoy affection, but it’s usually best to sit next to them to stroke them, rather than hold them to do so. You can sit in front, but rabbits have a blind spot about 10 degrees wide in the front and below their chins because of the way their visual systems work.

Dogs and cats both can be a major threat to rabbits. They often perceive the rabbit as prey. Larger dogs can easily kill a pet rabbit and will do so very quickly. Cats have natural hunting instincts and sharp claws and teeth to back them up. They’re especially dangerous when the rabbit is a kit.

Supervising dogs visually may not be enough. Unless they’re restrained by a leash, they will often ignore a command to stay in the presence of ‘prey’. Most dogs, particularly large ones, can run faster than their owner, especially in a sprint. Physical restraint when the rabbit is nearby is the only safe solution.

With extensive training, if they start as puppies and kits, dogs will sometimes see the rabbit as a playful friend. But even here, given the size and strength differences, tragic events can happen. A dog, even when well meaning, plays differently. They’re used to biting, pawing and tumbling in order to express affection and to bond with other dogs. Such behavior is harmful, maybe fatal, to the rabbit at any age.

Cats can almost never be trained in the same way. They’re smart and can be taught a number of tricks. But their natural instincts are much harder to shape and direct than those of a dog. And, they’re much less typically constrained on a leash for a walk or during play. If cats and rabbits share the same home, the cat should not have access to the rabbit at any time.

Simple common sense is enough to keep your pet rabbit safe under normal circumstances. Just don’t forget the kind of animal they are by nature and you can rarely go wrong.