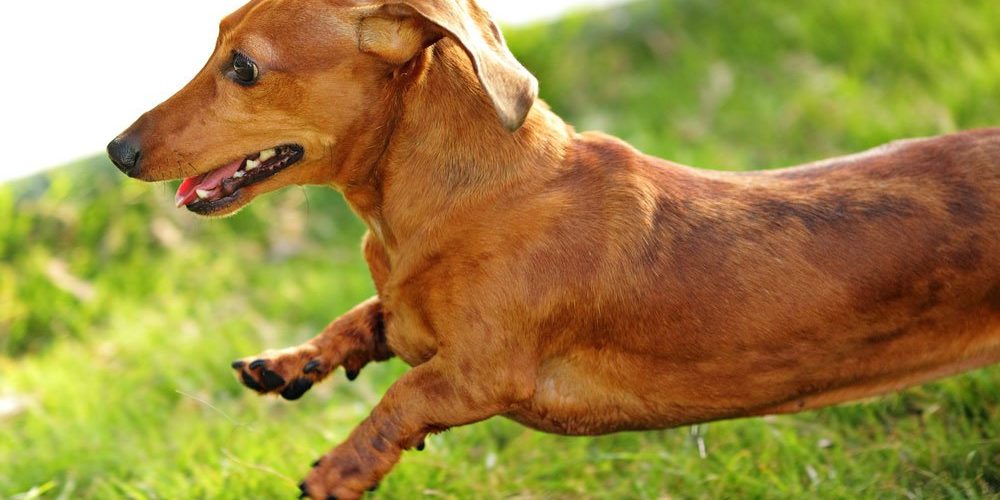 Like any breed, Dachshunds are at risk for a number of conditions and diseases. But because of their long bodies and short legs they are most at risk for spinal problems. One of the most common forms is a condition called IVDD (Intervertebral Disk Disease), actually an umbrella term for a number of problems.

Vertebrae are the hard bones that make up the spinal column support. They enclose the spinal cord and are separated by soft tissue called intervertebral discs, which provide a cushion between the bones. IVDD threatens a Dachshund’s health in several different ways.

Excess jumping and other forms of back stress can cause a rupture of one or more discs, usually toward the rear. IVDD and other back problems occur most frequently by age four but can happen earlier, sometimes as young as two. Simple age can cause the disc to decrease its fluid level, making it less elastic. That also increases the odds of herniation or rupture. Often the vertebrae become more brittle.

If that happens, a number of serious possibilities exist.

As a portion of the spine loses vital support, the spinal cord can be put at risk. If compression occurs, paralysis is not far behind. Constriction of spinal fluid can have a similar effect. Loss of circulation leads to nerve death, since the nerves are cut off from needed nutrition.

Look for any instance of inability to raise the rear end off the ground or lowering near the tail. Some other signs include weakness in the rear legs or loss of bladder control.

In these extreme cases, treatment – usually surgery – within 24 hours is critical. If left untreated, the result is frequently permanent disability.

Even in less serious cases back pain is present. It can be difficult to detect when a dog is in pain but symptoms include lethargy, difficulty walking up stairs and similar signs in an otherwise active dog.

Treatment with corticosteroids (such as Prednisone) is sometimes recommended but entails risks. Apart from the usual risks of long-term steroid use, it is possible to overdo care. Lessening pain is desirable, but if it is eliminated the dog can become too active again, leading to more injury. Injections of Adequan can help promote disc healing.

Whether treated with steroids or just Rimadyl, it is advisable to cage your Doxie or otherwise keep him calm, reducing physical activity. Given the Dachshund’s assertive and active nature that is difficult, but it is essential.

With the right kind of care many Dachshunds recover completely to lead normal, active, healthy lives. But proper diagnosis as early as possible is essential to improve the odds.