Beagle Dwarfism, And Other Maladies 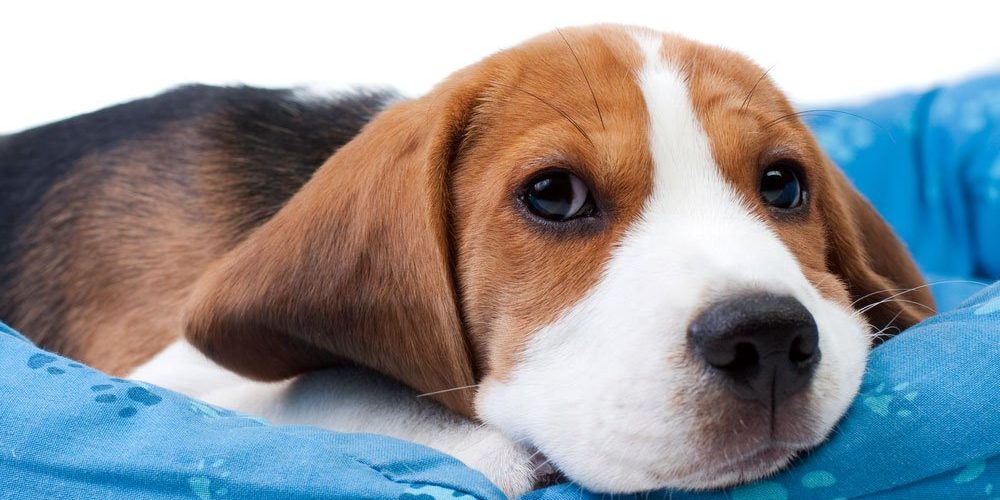 Most Beagles are born healthy and develop normally. But, in part because of high popularity which can encourage poor breeding practices, their odds of developing genetic disorders is slightly higher than some other breeds.

One of those disorders goes by the long, scientific name of osteochondrodysplasia or chondrodystrophy. Though these are not exactly the same condition, they’re similar enough for our purposes here. A recessive gene that affects bone development is responsible for the disease. Because it is recessive, it’s possible for two normal-looking adult dogs to produce a pup with the condition.

The external signs are visible at birth. A ‘funny puppy’, as they’re sometimes tragically called, will be the runt of the litter, much smaller than the others. They will likely be less assertive when it comes to feeding time.

Soon after, within a couple of weeks, the abnormality will become more obvious. As the bones and joints fail to mature correctly as they transition from cartilage to bone to fully developed limbs, they’ll be crooked. The puppy may yelp in pain when trying to move. It will have added difficulty walking, beyond even the normal clumsiness associated with young pups.

Unfortunately, there is no cure and no effective treatment. Anti-inflammatory drugs can help ease the pain, but even their value is somewhat mixed. Heavy, long term use of NSAID or other compounds often lead to kidney and intestinal disorders. In any case, the dog’s lifespan is usually shorter.

A similar condition, but one affecting the head, can also occur: Chinese Beagle Syndrome. It shows up as a widened, more squarish head with somewhat slanted eyes, hence the name. CBS tends to have much less serious consequences. However, toe abnormalities are more common in dogs that suffer from CBS. Heart defects are more likely in those with the disease, as well.

True dwarfism is much more rare in Beagles, as it is in dogs in general. Achondroplasia, the most common form in humans, affects about 1 in 26,000. Though not unknown in dogs, it tends to occur mostly as a result of deliberate breeding selection practices. Dwarf animals rarely mate to produce viable offspring so the gene is present naturally only as a result of mutation.

None of these medical conditions should be confused with smaller Beagle types, such as Teacups or Pocket Beagles. While the genuine breed line for Pocket Beagles died out in England generations ago, a form of Pocket Beagle is bred today. They’re simply the result of mating smaller adults together over several generations to produce an unusually small dog of the breed.

That size difference can be considerable, though. Pockets tend to weigh about 10 lbs, compared to the Standard average of 25 lbs. They’re also on average much shorter, about 8″-10″ at the shoulder, as distinguished from the Standard that is about 11″-14″.

Not surprisingly, all reputable dog experts strongly recommend against trying to breed an actual dwarf since the accompanying health problems are very bad for the offspring.