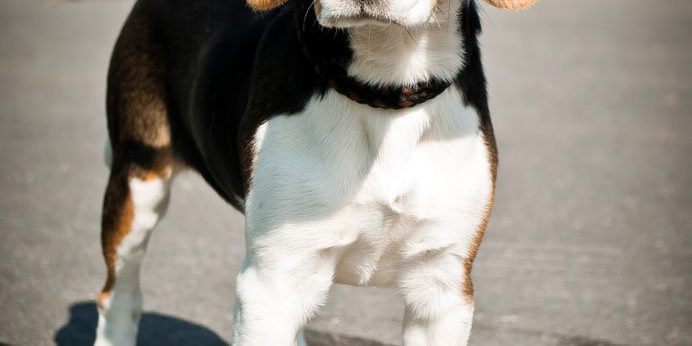 The question posed by the title is a tough one, and it may not have a good answer. Beagles are a bit like both, and a lot like neither.

Like Golden Retrievers, Beagles are fun-loving, friendly dogs. They like nothing better than to run, jump, and play. Unlike Goldens, though, they’re not nearly as eager to please and, so, can represent something of a training challenge.

Fortunately, that challenge is not nearly so large as it is with the average Terrier. Terriers range over a number of breeds, from the tiny, feisty Westie to the large, loving Airedale. But, with rare exceptions, they all tend to be very independent, even stubborn.

Beagles are less often stubborn than simply more interested in their own activities and less in what you want. They don’t tend to oppose you, as Terriers will, so much as just ignore your goals in favor of their own.

All three types of dog have tremendous energy. They can keep going for hours, whether on the hunt or just enjoying a series of games. Even here, though, interesting differences can be observed.

Terriers tend more to be like small children. They have an on-switch and an off-switch. They’re super-active for a period of time – usually much longer than you would prefer – then, bam, they’re done without warning. Out like a light for a good, long nap. Though the change is abrupt, it’s usually welcome.

Golden Retrievers are quite a bit smoother in their reactions. They love to play, but after a half-hour, they’re ready for a rest. Then, they’re ready to go again. But if you’re not, they can also be quite content simply to lie next to you and receive a well-deserved belly rub.

Beagles, true to their centuries-long breeding as hunting companions, are built to go for long walks. Very long walks. They can track through brush longer than you want to, usually. When they’re through, they don’t typically collapse for a nap like Terriers.

Even sitting or lying, they still want attention. Or food. The average Beagle is an endless eating machine when they’re allowed to be. But unlike Goldens, they’re not usually content to just sit next to you and peacefully receive a gentle hand. Instead, it’s more often looked at as time for another round of play, this time sitting or lying. It might be a paw offered, one that winds up on your thigh or shoulder if you’re not paying attention. Or, it can be an insistence on that belly rub.

Put it all together and Beagles are simply Beagles, unique, with a behavior pattern all their own. But then, that behavior is one of the great joys of this breed. Add their distinctive sense of fun and the way they will make even a depressed owner laugh often and you have one very delightful dog.