You are here:
Horse BreedsHorses 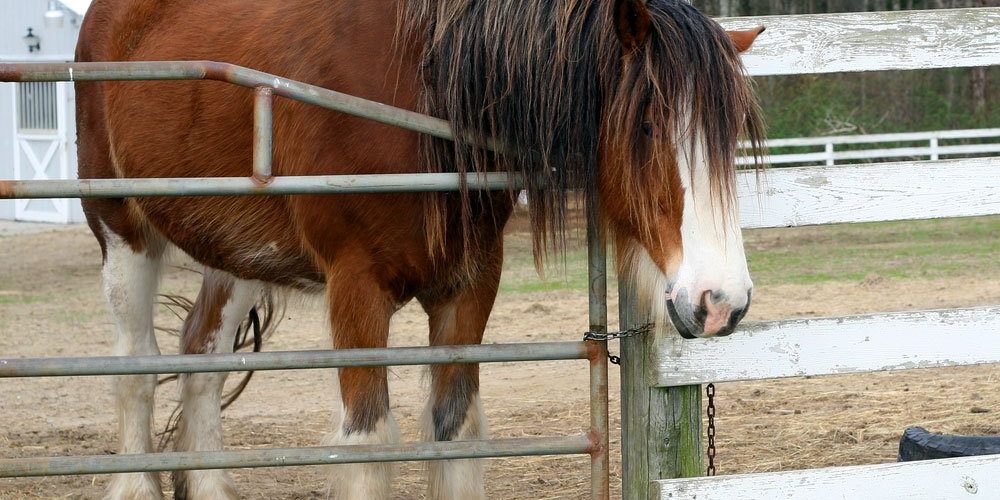 While most people who want a horse opt for one of the light horse breeds, there are other options. Heavy horse breeds were once used to fight wars, to farm or to pull large loads. Of course, if you are looking for a first horse for your child, you may want to look for a much smaller horse, the pony. Ponies are the ideal choice for children.

There are two types of heavy horses, draft horses and horses that were once used as war horses. Draft horses are often used to help out on the farm or pull wagons. The former war horses often are trained in dressage, a complicated routine that challenges both the rider and the horse.

If you’ve ever seen the Budweiser wagon in parades, you already know what one of the most popular draft horses, the Clydesdale, looks like. Although the Clydesdale was originally used to pull heavy loads, this horse breed is so sweet natured and gentle that it can be ridden, as well.

Another popular draft horse is the Percheron. This horse may be smaller than the Clydesdale, but is just as powerful. The breed’s placid nature makes it a great choice for people who want a calm cart horse, while its intelligence means that it is easily trainable. However, you may want to consider a different breed if you don’t care for gray or black colors, since the Percheron only comes in these colors.

travel the world to perform for audiences ranging from royalty to school children. Despite its popularity, the breed is rare and you can find very few of these horses in countries other than Austria.The most popular descendent of the war horse is probably the Lipizzaner. This breed is known for its spectacular dressage performances. The Vienna Lipizzaners

When you think of a pony, you probably imagine the placid, stocky little Shetland Pony. This breed has been the first pony for generations of children. The Shetland is easy going and sweet tempered, although younger ponies often have some ornery tendencies.

When a child outgrows his Shetland Pony, he will probably move up to a Welsh or Connemara Pony. While several types of Welsh Ponies are fairly small, the Cob type is large enough to easily carry teens and adults. The Connemara is a bit smaller, but is a good choice for shorter teens or adults.

Whether you decide you want a pony, a light horse or one of the heavy horses, you will have plenty of breeds to choose from. To be sure you pick the right breed, you may want to see a few horses in person before you make the final choice.

7 Essential Items Every New Horse Owner Must Have
July 19, 2019
Keep a Healthy Mane and Coat: Your Step-By-Step Guide to Grooming Horses
July 17, 2019

Choosing Horse Farrier as a Career can be Very Rewarding and Satisfying
April 11, 2019

What Are the Basic Needs of Healthy Horses?
September 10, 2018

Horse Ownership: Organizing A Stable and Making The Most of Your Time
August 8, 2016
Go to Top