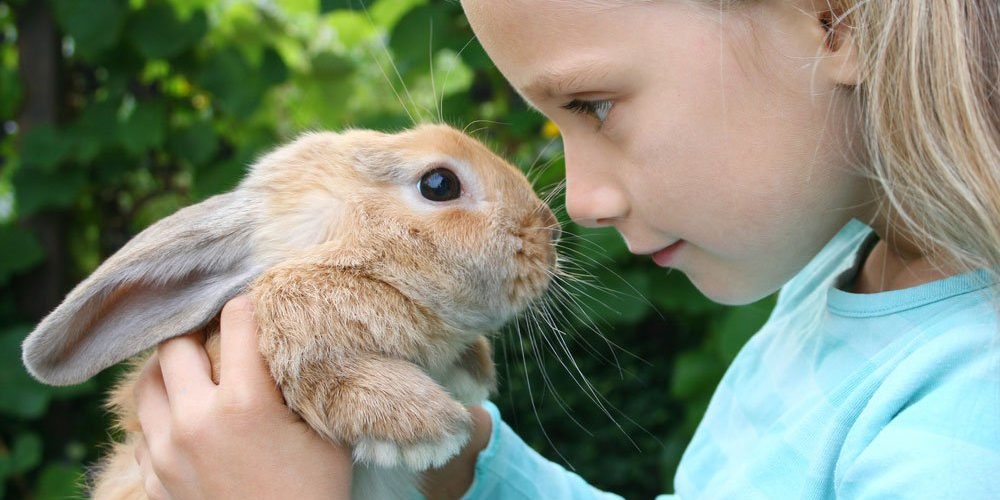 Parents will often get a rabbit specifically as a pet for their child. Your child looks at you with those big eyes and says ‘please’ and the rabbit comes home. But rabbits are unlike cats or dogs and don’t react the same way to child behavior.

Rabbits have abilities that evolved in the species over thousands of years. They’re fast, have sharp claws and teeth, and a flight response that motivates them to flee at the first sign of danger. But those very aids to the rabbit can be harmful to the child.

When a rabbit feels threatened it may bite. Rabbit teeth and jaws are powerful enough to cause a very nasty wound to a child. Teach the child to stay alert, not to startle the rabbit, and keep its hands and arms away from teeth. Both parties will be happier, and so will you.

Rabbits have powerful hind legs. When possible they’ll use them to run away at top speed. When they can’t flee, they’ll fight. But the claws on their hind feet, even trimmed, can rip a nasty gash in a child’s hand, arm or face. To reduce the odds, teach the child not to stress or startle the rabbit. Approach slowly, don’t hold the rabbit when it squirms, and never yell or squeal in its presence. Those ears are large for a purpose!

Children need to be taught how and when to hold a rabbit (and how and when not to). Rabbits rarely enjoy being held firmly, and then only for short periods. They often enjoy human company, sitting beside someone and being gently stroked. Usually, though, it’s a good idea to stay away from the ears which are a natural magnet for children. The rabbit uses those for survival and interfering with them will sometimes produce stress.

Rabbits can see almost 360 degrees around. An eye is located on each side of the head giving them a wide angle of view. But because of the placement, they have a blind spot about 10 degrees wide just below the chin. The rabbit compensates for the lack of depth perception we have from stereoscopic vision by moving its head. They judge the distance of objects by parallax (the two different views gained from two different angles).

Teaching a child about the rabbit’s visual and auditory systems helps them understand how the rabbit approaches the world. That makes it much easier to explain why some things are safe and others are potentially harmful or stressful to the rabbit.

But beyond physical safety for both the rabbit and child, there are a number of helpful lessons to instill.

Rabbits can be trained to perform a number of amusing behaviors. Helping the child to do that, involving it in the training, benefits both the rabbit and the child. The rabbit perceives the child as a companion and the child learns to develop skills that apply to many situations: patience, gentleness, careful observation and so on.