Pet Rabbits – How To Deal With Marking 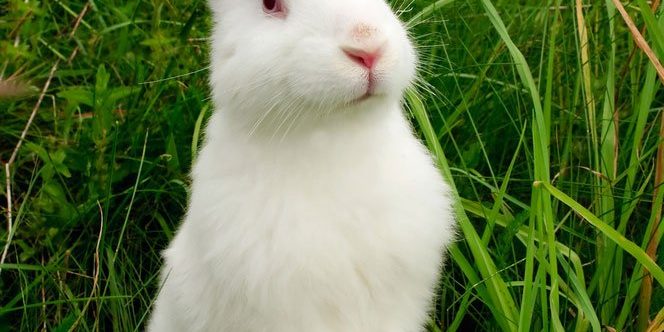 Marking occurs when rabbits urinate (or, sometimes, defecate) in order to secure territory, to encourage others to stay away. It’s a natural behavior, just as it is with dogs, cats and other species. But, since domestic rabbits tend to spend so much more time indoors than these other animals, it can be a bigger problem. Also, dogs don’t tend to mark territory by urinating indoors. Rabbits are less particular.

Sometimes marking behavior is brought on by stress. Keeping the environment free of startling noises, falling objects and other dangers will help reduce the odds. Rabbits evolved in circumstances where they were prey for many other species. That tended to produce a species that is somewhat timid and easily unnerved. Like deer, they’ll run at the first sign of trouble. Removing stimulants from their environment can help reduce the odds of that reaction.

Spaying and neutering are common methods for dealing with marking behavior. It does help. Lower hormone levels of estrogen and testosterone do correlate with reduced stress. It also reduces the need to mark territory since they won’t feel the urge to mate. Reducing that urge lowers the odds of marking.

But all those are just ways of reducing the problem from occurring. They’re good steps, but they don’t eliminate it and they don’t prescribe what’s helpful when it does occur.

It may not be possible to totally eliminate marking, but keeping it confined to a safe location is the next best thing.

If the rabbit marks outside, it may just be best to do nothing. Though rabbit urine can have an unpleasant odor, even outdoors, it may well be worth just surrendering that territory. If the rabbit satisfies its need to have ‘a place of its own’, that’s not necessarily a bad thing.

The cage is another place it may choose to mark. Provided you can tolerate the smell, and the cage is large enough, just letting it go is another option. But usually the litter box won’t be the place they choose and the odor is too strong for most. A large cage, kept well cleaned, is about the best to be hoped for here.

The most thorny scenario occurs when it takes place on the carpet while the rabbit is exploring the house. The best approach to these circumstances is vigilance. Rabbits give a little dance when they’re about to mark, frequently accompanied by lifting the tail in a distinctive way. Supervision, watching for this behavior, can help head them off at the pass.

When the rabbit is one step ahead of you and marks before you can catch them a good cleaning solution is a big help. It’s important to get the urine out of the area as much as possible. Not only does it stain the carpet, which is bad enough, but leaving dried urine encourages them to return and mark there again. Thorough cleaning with the right stain removal product not only gets rid of the smell, but removes the material that damages rugs and encourages a repeat.