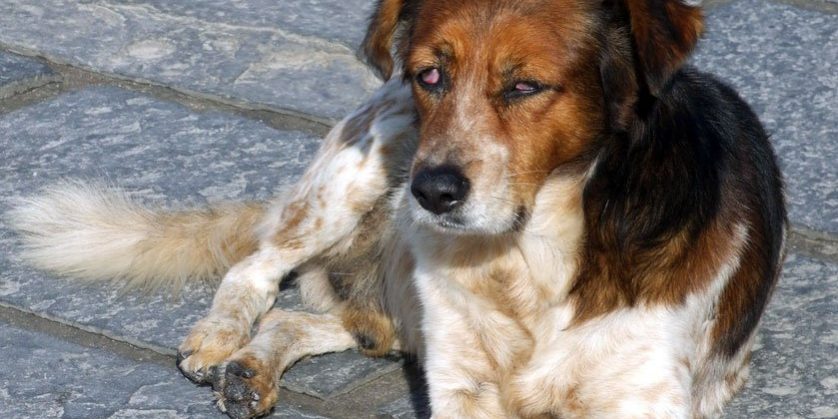 Many eye diseases in dogs can be successfully cured surgically if non-surgical treatments do not help. In the condition in which the tear glands and ducks are not producing tears, for example, a medication is put into the dog’s food in the form of drops.

If there is any function at all left, the medication will stimulate the glands to again produce tears normally. If the medication does not work, an unusual and creative operation is sometimes performed, whereby a duct of one of the dog’s salivary glands is moved so that it empties out of the eye instead of the mouth.

The saliva moistens and protects the eye just as the tears are supposed to. Logically enough, Pavlov’s  theory works with slight alteration – a dog who has had such an operation cries when his appetite is stimulated!

If an ulcer has resulted from the dryness and inflammation of the eyes, or from some other irritation or trauma, medication is again tried initially. Especially if the ulcer is a superficial one, antibiotics usually heal it.

If the ulcer is a deep one or has punctured through the cornea into the eye itself, another innovative type of surgery is performed. The ulcer is covered with a truly organic “bandage” – the dog’s own third eyelid, or a flap from the white part of his eye. The bandage is left on for several weeks while antibiotics are used to heal the ulcer. It can then be removed with a snip or two of the stitches holding the bandage in place.

Owners of old dogs often notice a condition commonly referred to as cataracts – a bluish white film over the eyes. Actually, the condition is a thickening of the lenses, which is a function of age. It usually begins to be noticeable in dogs about 10 years of age, and progresses slowly. It does not usually affect the dog’s vision until the dog becomes quite old.

True cataracts are a total thickening of the lenses, so that light cannot come through the pupil and sight is lost. Certain injuries and infections can cause cataracts, and the condition is sometimes a sign of diabetes.

There is a disease, juvenile cataracts, in which cataracts appear at a very young age (as early as 1 year old), first in one eye and then in the other.

This is an inherited disease, seen most commonly in Irish Setters, Afghans and Old English Sheepdogs. The only way to prevent blindness is to surgically remove the lenses. Dogs are nearsighted anyway – they can’t adapt their vision to distances – so the removal of the lens is something they can live with quite comfortably without much noticeable difference in eyesight.