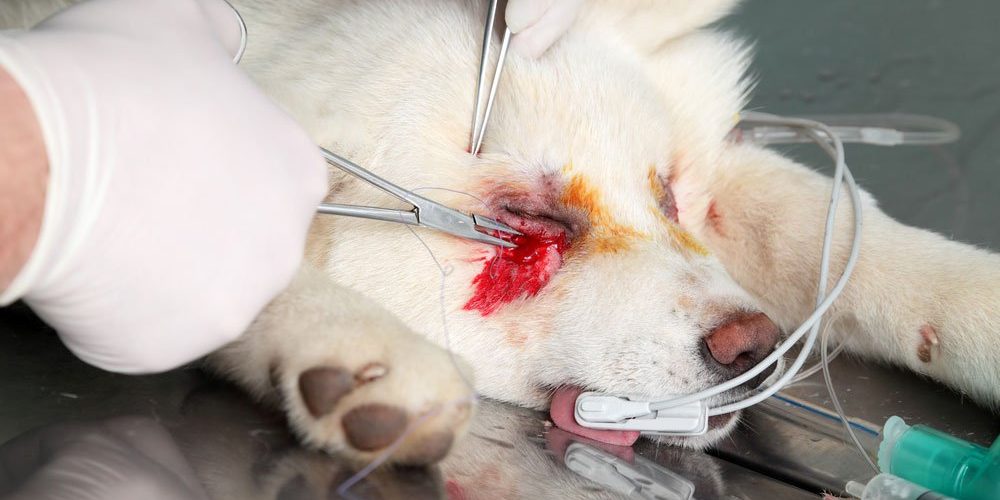 Most dog owners, if not all of them, never consider looking into their pet’s eyes for signs of illness, especially dogs with hair over their eyes.

There is a myth that cutting the hair away from a dog’s eyes will cause blindness, but, in fact, a dog’s eyes are much less likely to become diseased if the area is free of air. Dogs with hair growing over their eyes should either have it trimmed or pinned back.

The most serious problem that can result from an inflamed eye is a condition called glaucoma. Glaucoma occurs when the fluid pressure within the eye gets too high. It is caused when the passage which drains the fluid out of the pupil becomes too narrow to allow fluid to pass. Glaucoma can and does cause blindness if not treated immediately.  Inflammation of the eye is one thing which can cause the drainage passage to become swollen shut.

Glaucoma can also be caused by a tumor in the eye, or by an inherited condition peculiar to certain breeds, in which the angle of fluid drainage in the eye is too narrow at birth. Wire-haired Terriers, Basset Hounds, Cocker Spaniels, and Malamutes are more apt to be born with this abnormally narrow angle of drainage than most dogs.

If glaucoma is not treated immediately by alleviating the extremely high pressure of the eye fluid, a great deal of pain and eventual blindness will result. Owners, especially of the breeds mentioned, should watch for redness in the white part of their dog’s eyes, dilated or large pupils, and rubbing of the eyes by the dog. If the symptoms are treated early, blindness can be prevented.

Bloodhounds, Basset Hounds, Cocker and Springer Spaniels, St. Bernards and Akitas  are some of the breeds most likely to suffer from ectropian. Entropian is often seen in Chows, Bulldogs, Doberman Pinschers, Setters, Golden Retrievers, Poodles, and St. Bernards.

Both conditions can cause infection and inflammation of the eye. They are most commonly corrected surgically. The surgery is a cosmetic one, for the purpose of correcting the confirmation of the dog’s eyelid. The part of the eyelid which droops or turns inward is removed, making the eye normal. It is not a complicated procedure, and one which in nearly every case solves the dog’s eye problems.