What To Do Before Introducing A New Cat To Your Dog 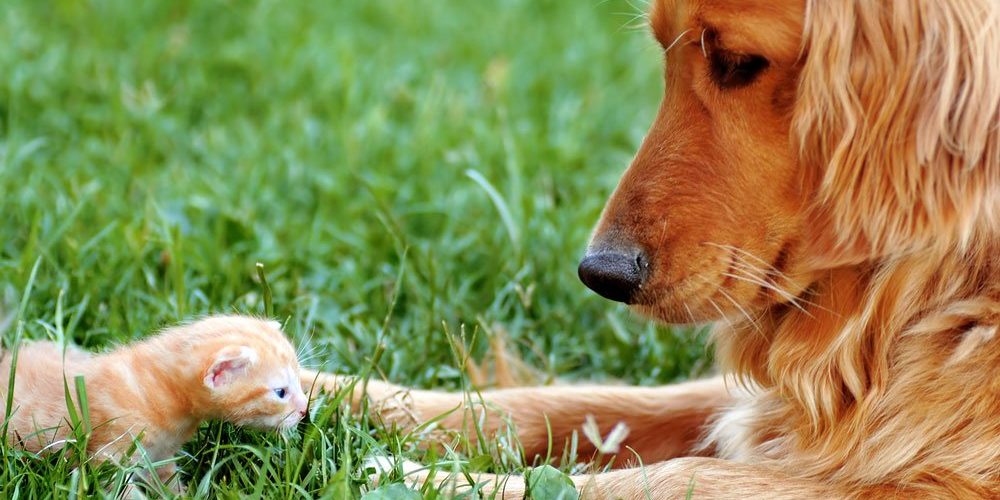 Dogs and cats may not be considered to be the most compatible of animals, but statistics show otherwise. In fact, there is a survey recorded in the American Veterinary Medical Association back in 2002 that stated that over 15% of every household in the United States has at least one dog or one cat.

This survey also showed that almost 50% of each pet owner had both a cat and a dog under the same roof. This means that out of the entire country, almost 9 million cats and dogs are sharing their lives together.

It’s Not A Perfect World

Do not let these statistics fool you into thinking that every family that has both a cat and a dog does not have behavioral problems. Many behavior consultants take on situations that have problems which stem from fighting and aggression issues between the family cat and the family dog.

It is rare that the dog ends up with fear and anxiety due to their size in comparison to cats. There are too many people that allow their cats to live in fear from the dog. They spend their time hiding out in the basement or other areas of the house away from the aggressive canine. This can lead to chronic stress and even illness for the cat.

Questions To Consider For A Friendly Introduction

Which of your two pets is considered to be the main resident, who was there first, the cat or the dog? Was this resident pet ever around other species of animals before? If so, then how did it react? Even if the meeting went well in the past, this does not that you will see the same results. Your new pet may behave and act differently than your previous pet.

What about the new dog or cat you are considering bringing into the home, does it have a history of being friendly towards different types of animals? It is always best to err on the side of caution when it comes to your cat. It’s best to assume that your dog has potential to injure the animal. This caution should be taken even if the new dog is said to have been friendly with other cats in the past.