What Lighting Is the Best for Deep Aquariums? 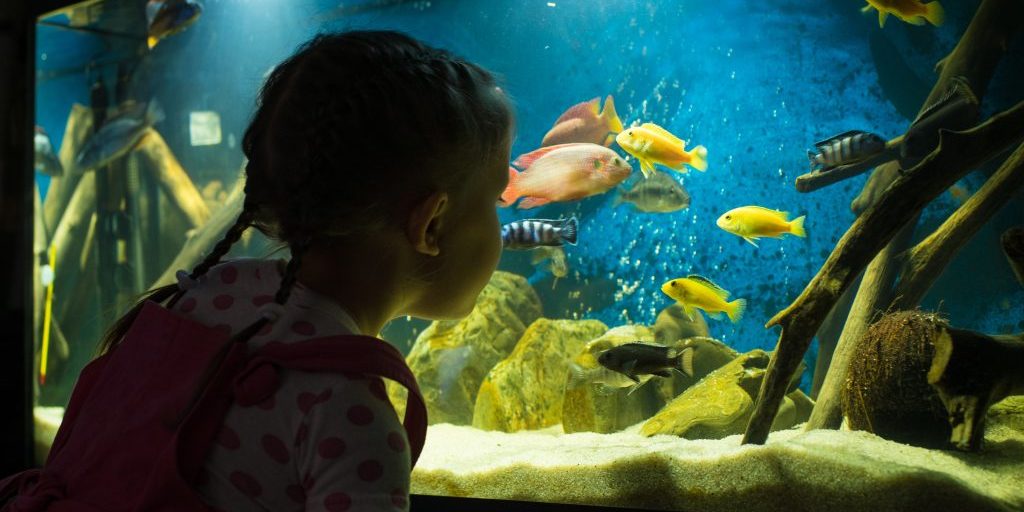 Aquariums are often bought and showcased by people from all walks of life. Some use it as aesthetic decors, fish lovers that want to own aquatic pets, and individuals who believe in their proper location placement based on their feng shui beliefs. Either of each, an aquarium should be properly lighted based on its size so that the lifeforms that inhabits them can flourish.

Aquarium Lighting Systems are important and beneficial for the aquatic life that an aquarium houses. Apart from that, it is going to add upon a container’s cool visual effect. These systems come in a variety of shapes and sizes. The benefits of lighting systems to be placed inside an aquarium is often overlooked by most of its owners and hobbyists. Before purchasing a fish tank and a plethora of aquatic species, it is best to learn about the proper way of illuminating it and look up for more fish tank lighting information and gain the ability to install it properly. Upon choosing the system to light-up a container, it is essential to consider factors such as its overall size.

A good lighting system can enhance the appearance of a fish tank. It sheds light on all the wonderful colors displayed by the swimming aquatic creatures, corals, stones, reefs, and plant life. In addition, a lighting installation can provide aquatic plant life with the required light energy for their growth and photosynthesis. Several light sources have now been developed to have the capacity to illuminate aquariums of depth. Very High Output, Metal Halides, and adjustable LEDs with modules are now available from the market. These are lighting systems capable of high intensity light waves that can penetrate through volumes of liquid water and shine light through an aquatic container’s hidden nooks and crannies.

What Color of Lights are Best Suited for Aquariums?

The popular use of light colors applied to fish tanks range from Red, Blue, and Green. LEDs are now common for lighting containers since the temperatures their light waves emit, significantly enhance the colors of decors and objects found inside an aquarium. Underwater plant pigments and features look more rich, vibrant and lively. Aquatic life forms such as the variety of fish species in different colors, shrimp, corals, reefs, and stem plants with red leafs appear more exuberant.

Light Systems specially designed to be submerged in volumes of liquid may come in a variety of shapes and sizes. It is better to be equipped with the knowledge about their differences and applications. Each serves a unique role and ability in the illumination of an aquarium.

It is historically the most popular set of lights installed with an aquarium. These types of lighting are added to a kit with a hood light attachment. Standard fluorescents are affordable, easy to find, and excellent for simplified set-ups. They come in fifteen to forty wattages available in different colors.

Considered a version of the standard fluorescent light, this emits a much higher intensity of light energy compared to the latter. Compact fluorescents provide two types of wavelengths known as daylight or actinic. They come in a capacity of one hundred thirty wattage and could last a duration of twenty eight months.

These lighting systems offer higher intensity than the compact fluorescent. Although emitting a higher wavelength, they differ from other lighting systems for they do not possess an increasing rate of temperature. High output fluorescents come in a wattage level of fifty four and could last long for a minimum of sixteen months to a maximum of twenty four months.

Very High Output bulbs produce very high-intensity light that can penetrate deep volumes of water. These lighting systems are three times the intensity offered by standard fluorescents. The only disadvantage they have is they produce heat, it is why a chiller or an auxiliary fan should accompany these lighting systems. They are available in wattage levels of seventy five up to one hundred and sixty five.

Metal Halide is the most high-powered lighting system made for aquariums to exist. Because of these specialized features, an auxiliary fan or chiller should be installed alongside them for they have the tendency to get very hot. Metal Halides run in power levels of seventy watts and can reach a maximum of one thousand watts.

Since their debut, LED lights are the popular choice for fish tank applications. They immediately dominated the industry of aquariums and fishkeeping hobbyists. LEDs or Light Emitting Diodes are powered by microchips which are small in size and affordable than other lighting options.

The color White produced by White LEDs are not always white based upon elements of tone and temperatures. A  hobbyist that tends to aquariums may choose variants of LED temperatures such as warm, neutral, and cool. Diodes emitting pure white light has the advantage from other LEDs with an RGB array for it gives off a higher light wave output.

RGB LEDs stands for Red, Green, and Blue Light Emitting Diodes. Red and Blue LEDs are mostly used in freshwater aquariums to deliver different ambient settings and adjustable moods. Red LEDs are popular to simulate sunlight or daybreak scenarios, and Blue LEDs are good for aquatic nightlife themes. Modules can be applied to RGB LEDs which cause them to emit less lumens.

Illuminating a fish tank comes with a set of challenges. It is best to consider the depth of a particular container. When it comes to aquariums with a depth of eighteen to twenty four inches, the most recommended lighting options are T-5 High output and Very High Output systems. But if an aquarium depth is beyond twenty four inches, Very High Output and Metal Halide lighting systems are the most suitable to be able to penetrate deep volumes of water with heavy aquatic plant formations, reefs, and corals.