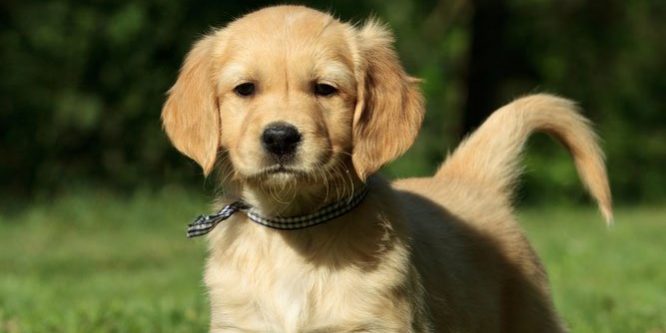 When initiating housetraining, always keep in mind that until a puppy is 7 months old, his control over excretory functions is extremely limited. At least once per hour, and possible more often, he will have to relieve himself.

These urges are even more pronounced after sleeping, eating, and playing. By keeping the puppy confined to a relatively small area lined with papers, you will assure that he does not have the opportunity to make a mistake and necessitate verbal reprimand. He will naturally seek the place furthest from his sleeping quarters to soil so that he may keep his own bed clean.

Therefore, take this cue and, after he naps, eats or plays, place him on his papers or outside in the yard. When your puppy soils where you have placed him, praise the dog immensely, but make it sincere. Unconvincing praise doesn’t fool anyone, even an eight week old puppy.

And as a side note, apartment dwellers and owners who are away at work all day are generally are more successful paper-training a puppy until his is old enough to have considerably control.

If the puppy is allowed to roam about other areas of the house, be sure  he is carefully supervised. Should he lower his head, sniff and begin to circle, be quick! Get him onto his papers or into the yard immediately. When he relieves himself, praise, and lots of it, is in order. However, if, through your fault, he has an accident, no spanking or rubbing his nose in it, please!

Such punishment does not fit the crime, being too degrading and encouraging such habits as stool eating (and thereby re-infestation with parasites). By all means show him what he has done, scold him and place him on the papers. But remember, the accident was your fault for not supervising him properly or not being aware of his warning signals, so go easy on him. Be sure that the soiled area is carefully cleaned, deodorized and disinfected as any remaining scent will surely prompt him to return to that very spot when the urge next hits him.

Housetrain Older Dogs The Same As You Would A Young Puppy

For the older dog, paper training is generally superfluous. Regular outings timed to coincide with his peak urgency periods (which, by the way, are the same as a young puppy’s: after meals, naps, and play periods) should accomplish training in short order. While confinement to a very small area is probably unnecessary, supervision and praise must never be forgotten. They are the magic “tricks” to housetraining any dog.