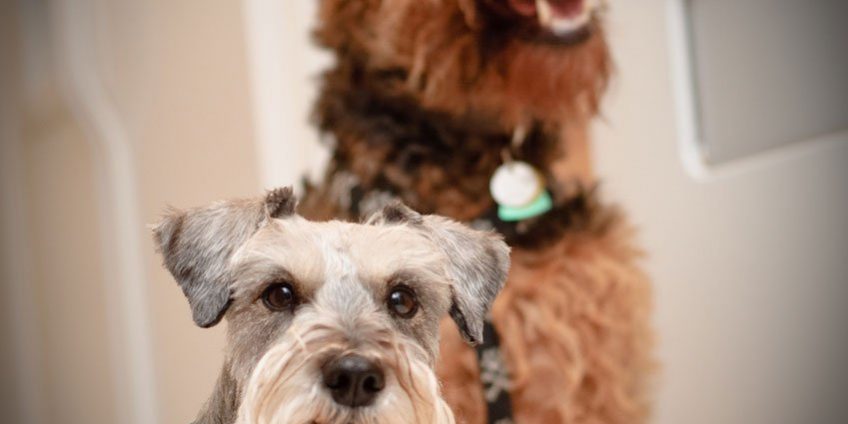 Terriers are among the most diverse breeds, ranging from the tiny toy Yorkie to the large Airedale. Originally developed to hunt and trap small game, the group has largely changed its role in human life over the past 200 years. But the wide range of size, temperament and appearance has caused terriers to continue to be among the most popular group in the world.

Even within a single subset, such as the smaller breeds, variety is everywhere with terriers. Jack Russells look and behave very differently from Westies. A Scottie and a Yorkie are roughly the same size, but have very different attitudes in detail, while still retaining many general terrier characteristics.

Medium-sized terriers, such as the American Staffordshire Terrier and the Welsh Terrier could hardly look more different. To the novice, it would be hard to find reasons to put them into the same category. Yet both have similar lineage, being developed not far from one another by modern measurements of distance.

Larger terriers look still more different from their smaller cousins. The Airedale, the Lakeland Terrier and the Irish Terrier are much more similar to one another, in appearance and behavior, than they are to the smaller breeds. Yet, a Kerry Blue – while much larger than the Scottie – was bred in similar circumstances and show common behaviors. That shows in the stance, the coat and other attributes, such as their high spirits and able mountain herding ability.

These are all very different from others that carry the terrier name. The Border Terrier resembles a Staffordshire Bull Terrier, even though the former is quite a bit taller. Both have the same square head, close coat and highly alert nature. Yet, you could hardly find two terriers more closely related, while looking dissimilar, than the Smooth Fox Terrier and the Wire-Haired Fox.

This ‘similarity within diversity’ is no accident, of course. Originally bred to hunt, many breeds were narrowed to perform that service for a group of prey that is equally varied. Fox and rabbit are similar enough to be hunted by the same breed. But animals that live above ground, such as tree squirrels, require a different technique.

That variation took on even larger dimensions as the generations went by and hunting became much less common. Everything from sports contests to film production, from watchdog and drug-sniffing duty to Border Patrol has called terriers into action. Breeding a dog to perform services for the deaf is naturally going to take a very different turn from one who will simply be a family pet.

Tastes in terriers run as wide a range as the breeds. Some like the portability and cute look of a little Westie. Others will find their hearts stolen by a miniature schnauzer, with their floppy ears and quizzical look. Still others can’t resist the sweet good nature of an Airedale and enjoy their tall, proud stance and beautiful appearance.

But whether one’s taste runs to the Manchester, looking a lot like a Doberman, or preference is for the tiny Norfolk, there’s a terrier just right for you.