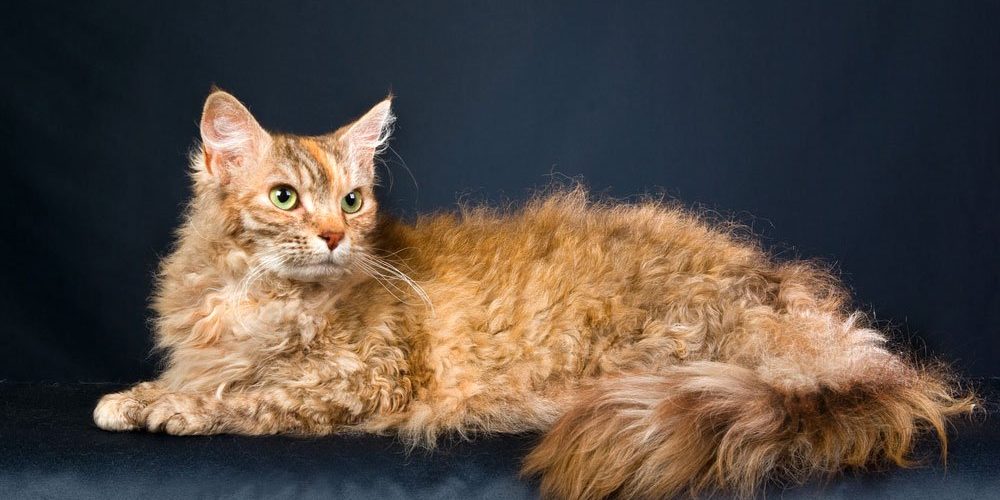 If you’ve ever seen a cat breed that looks like it is having a bad hair day, you may have been looking at the La Perm, a breed that is probably closely related to the Rex cat breed. These cats have a wavy coat reminiscent of the hair permanents that were so popular in the nineteen eighties, which could be why they received this name. After all, the breed originated in the United States in the early eighties.

The La Perm is not a cuddly house cat. These cats excel at mousing and enjoy romping outdoors. This is not surprising, since they may look like the Oriental cat breeds, but they actually are descended from an American barn cat. If you are looking for a docile, placid indoor cat, you won’t be happy owning a La Perm. However, this breed has a very affectionate and playful nature and is often an excellent choice for families looking for a pet or for multiple cat families.

Since the La Perm comes in both longhair and shorthair varieties, you can still enjoy this breed if you don’t quite have the time to care for a longhair cat. The longhair has a graceful, plumed tail, while the shorthair has a much plainer tail. Both types of this cat have big eyes, a wedge shaped head and a muscular body. The shorthair has ears that are slightly Oriental in appearance, while the longhair has more rounded eyes. These cats are on the large side, weighing in at a hefty eight to twelve pounds. Both breeds also have a distinct undercoat and an overcoat, although the longhair has a thicker undercoat.

The La Perm comes in almost every color and pattern, since the breed originated from barn cats and the founding breeder did not realize how unique the cats were for several years and did not breed for specific types or colors. In fact, since the founding kitten of the breed was completely bald, she was most likely just thankful to see her kitten finally grow any hair at all. Not all kittens in the breed are bald at such a young age, but they all go through a stage where they lose their kitten coats and have not yet developed their curly adult coats.

Since these cats are a relatively new breed, the Cat Fancier’s Association has classified the La Perm as a breed in the Provisional Class, along with only two other cat breeds. Eventually, if this breed continues to hold true to type, it will be moved to the Championship Class, instead.

Since the La Perm has such a wide gene pool it is no surprise that the breed is so healthy and vigorous. As long as you make sure your kitten receives the proper immunizations, you should be able to look forward to a long and happy life with your new pet.

If you want a cat with an affectionate and intelligent nature that is also very unique, then the curly coated La Perm may just be the right cat breed for you.