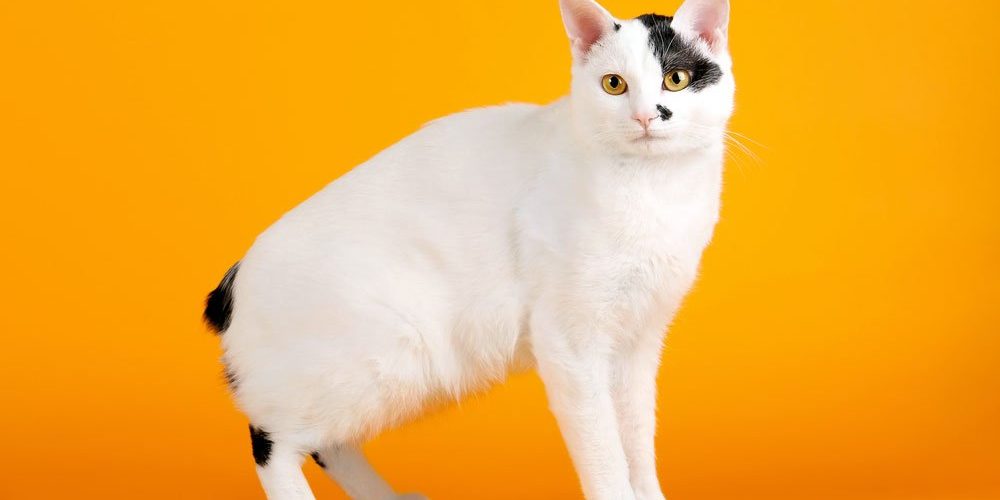 Although the Japanese Bobtail is a breed that goes back several centuries, this breed is still incredibly rare. If you are fortunate enough to find one of these beautiful cats, you will have a wonderful pet.

The Japanese Bobtail was first developed in the seventeen hundreds in Japan. Unfortunately, the longhair cat gene is not dominant, so few kittens are born with the long coats required by the breed standard. To make breeding these cats even more difficult, two related longhairs are not bred together unless there is no other choice. This is because the Bobtail is a very healthy breed. Too much inbreeding would lead to the development of some dangerous genetic disorders.

This small cat breed weighs in at a very light six to nine pounds. However, the Bobtail may be small, but it is no weakling. These cats are actually very muscular. You can find Bobtails in a wide range of colors. They come in tortoiseshell, tabby, and bicolor patterns, as well as solid colors.

The short, fluffy rounded tail looks like a pompom and the big round eyes that are often two different colors are two of the most distinctive traits of the Japanese Bobtail. Bobtail owners prize cats with mismatched eyes, usually valuing a cat with one blue and one gold eye more highly than a cat with two blue eyes. Whether the eyes match or not, they appear to be especially large in the Bobtail’s neat, little triangular face. Luckily, big ears balance out the breed’s face. Oddly enough, these cats have back legs that are longer than their front legs. However, since they hold their back legs in a slightly crouching position, the difference in length is not noticeable.

If you want a quiet, placid cat, then you should not consider the Japanese Bobtail. These cats are very vocal and energetic. Most cat lovers do not mind the Bobtail’s mewling, since they realize that their cats are just conversing with them. These cats enjoy family life, although they are rarely available as pets. People who own a single cat from this breed should consider adding a second cat to the home, since the Japanese Bobtail loves the company of other cats. Be sure to give your cat plenty of toys, since the Bobtail breed needs a lot of playtime to keep him happy. If he doesn’t have enough toys, your Bobtail will create his own toys from household items, which can be a bit frustrating, since sunglasses and key rings have a tendency to disappear.

Since this breed is a longhair breed, you should be prepared to groom your Bobtail at least twice a week to avoid having his coat become matted. You may also want to bathe him once a month to cut down on dander.

So, if you want a cat breed that is a rare treasure and a wonderful family pet, then the Japanese Bobtail may just be the right choice for you. However, don’t be surprised if you can’t find a Bobtail kitten.