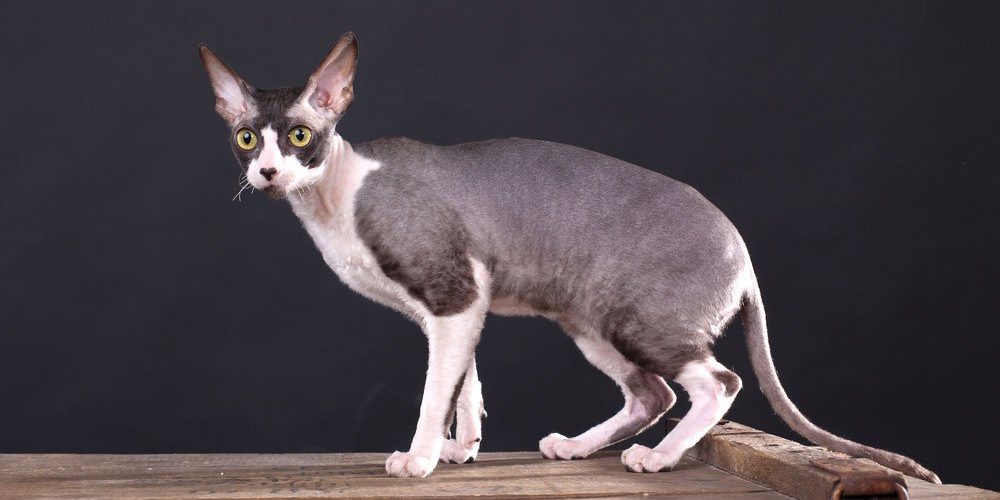 If you ever felt the need to take a second look to be sure the animal in front of you was actually a cat, then you’ve probably already seen a Cornish Rex. These unusual looking cats are very different from other cat breeds in appearance and coat texture. Some people think they look like alien creatures and others feel that they are very similar in appearance to the cats depicted in ancient Egyptian artwork. However, the Cornish Rex actually is a breed that was established in Great Britain in the late twentieth century.

These cats have a build that brings to mind the Italian Greyhound or the Whippet and, just like their canine counterparts, they are very fast animals. The Cornish Rex has a coat that resembles the fashionable crimped hairstyles that were so popular in the early twentieth century. Although it may not look very soft, this cat’s coat is so soft that most people compare it to silk or velvet.

If you think that the Cornish Rex is an ornamental, sedate cat, think again. This breed is downright goofy and playful and never actually outgrows kittenhood. This natural born performer loves to learn new tricks and is quite willing to play fetching and catching games for hours on end. This fun loving nature makes the Rex a natural choice for families, as these cats do not mind children who treat them well.

In fact, this breed loves people so much that it is an extremely bad choice for a career oriented individual who spends a lot of time at work. If no one in your family spends much time in the house, you may want to look for a less sociable cat breed instead. If you do decide that you want a Cornish Rex, consider adding a second cat or a cat friendly dog breed to the household, as well. The company of another animal should help your Rex stave off loneliness.

If you have cat allergies, you may have heard that the Cornish Rex breed is safe for people with allergy problems. While it is true that many people who are allergic to other cat breeds do not seem to suffer from allergies to the Rex, no cat is really hypoallergenic. If you have allergy induced asthma, you may still have a reaction to this breed. However, if you have mild allergies, you may find that you are not allergic to these fascinating cats. Before you buy a Rex kitten, ask the breeder if you can spend some time around a few adult cats first to see if you start sneezing and sniffing.

Since this breed burns a lot of energy, you should look for a cat food diet that is high in protein. Foods that prevent hairballs are rarely necessary, as this breed does not shed a great deal and has very fine hair. If you brush your Cornish Rex once a week to remove loose hair and dander, he should be fine.

So, if you don’t mind having a cat that looks like he could be an alien visitor, then the Cornish Rex may be the perfect breed for you. After all, this cat’s personality more than makes up for his unusual appearance.