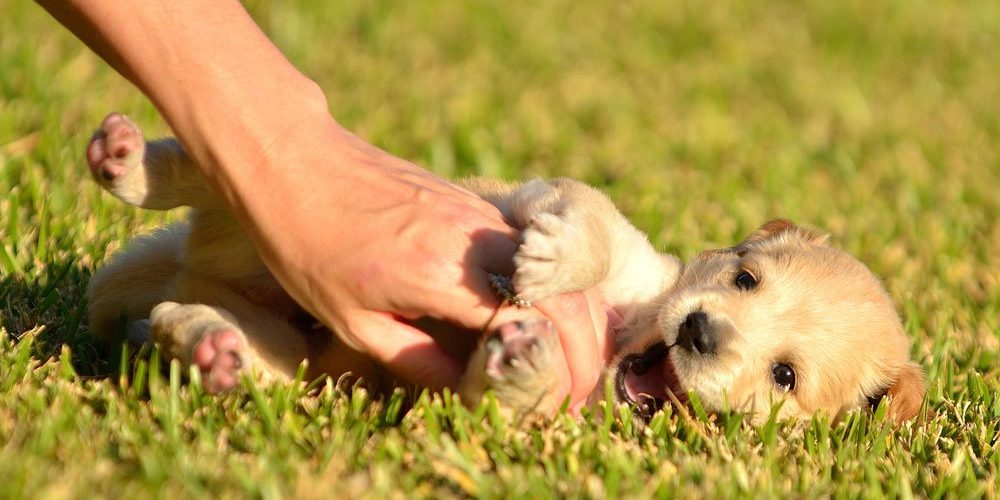 There is an old theory that man creates dog in his own image. Through selective breeding, people in an area develop the type of dog that fits their personality. And city dwellers have a much different “living personality” than those people who reside in other parts of the country.

When you have decided on the breed and the kennel from which to buy your puppy, the next step is the most important – choosing the one dog that’s going to be the right dog for your needs and the right temperament for the city.

You may ask, how can one go to see a litter of pups and make any real judgments? They are all so cute and friendly. And even as you watch them, one is going to win your heart because of a funny spot he has or the way he plays with your hand. Of course, we’ll assume that you have examined each for physical problems and that they are all in good shape.

Just to stay away from the listless, shy, or nervous pups is not enough. To make the decision on which one in the litter is to be yours, you now have to know what temperament is going to be best for your needs.

When you sit on the ground in the middle of a litter, the puppy that flails about and bites at your hand when you go to pick him up may seem cute, but when he grows up he may not be suited for a family with small children or for an elderly person, especially when living in the city with so many transients that pass by on a daily basis.

The pup that becomes quiet and comfortable when you pick him up will probably accept the rough play of children and the hustle and bustle of city life. And senior citizens will enjoy his gentle, submissive behavior. Such a pup will take to training readily.

Unfortunately, too many people seek out the bold dogs, the ones that stride through the litter so that all the other pups make way for them. Many of these dogs end up at the humane society shelter because they couldn’t get along with the kids or the older persons in the family.

The six-week-old pup that displays a high degree of social independence in his litter and that spurns praise and petting will be a tough dog to train. He’s the scrapper and just the kind of dog that is killed by a car while chasing a stray canine that has come into his territory. This doesn’t mean, of course, that he is necessarily a neurotic dog. All litters have their bullies and their wallflowers.

The bully often won’t respond favorably to scolding, and in the wrong home environment he can be a problem because he still wants to be the pack leader. But in the right home, with a strong master, this dog could be a fine pet. The opposite case can be made for the wallflower of the litter.