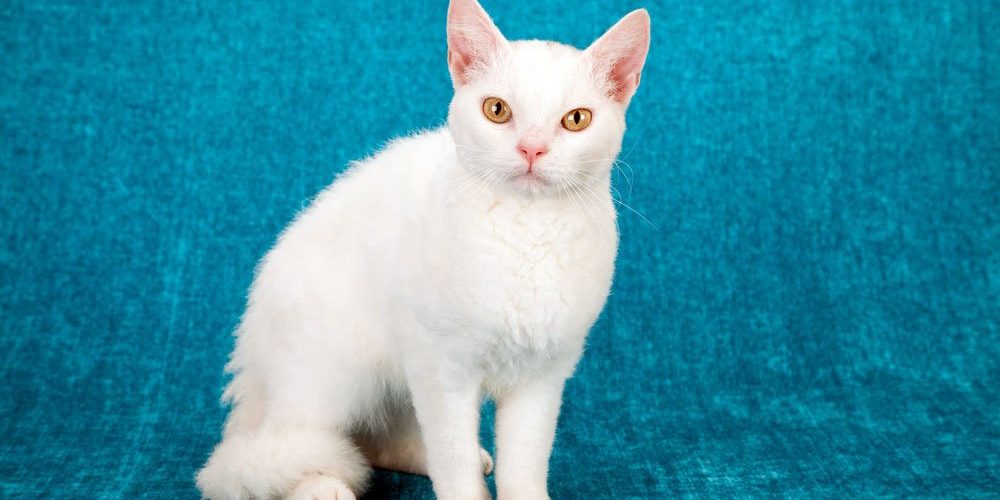 Do you want a cat that has a distinctive and unusual looking appearance? If so, you may want to consider the American Wirehair. This breed has hair that looks like colored steel wool, although it doesn’t feel quite so coarse to the touch.

The American Wirehair started with a litter of kittens born in a farmer’s barn. When he noticed one of the kittens had an unusual coat, he consulted a cat fancier, who decided to try to breed cats with the wirehair trait. Unfortunately, this trait was not truly dominant, so there was quite a lot of inbreeding, and any cat who showed even the slightest tendency to be a wirehair was used for breeding. Concern that the breed would become susceptible to hereditary diseases and weaknesses led the people working with the American Wirehair to cross it with the American Shorthair, one of the other cat breeds to be developed in America.

Eventually, the American Wirehair breed developed a body type that was very similar to the American Shorthair, although the Wirehair has a slightly more rounded head and higher cheekbones. Despite the coat inconsistencies that still plague this breed, the American Wirehair is still a part of the Cat Fancier’s Association Championship Class. However, only shorthair Wirehairs with thick coats are used in the show ring. Longhair coats are considered to be a disqualification because Wirehairs with long coats look as though they are suffering from an extremely bad hair day, while Wirehairs with thin coats are not shown because they are prone to shedding their hair if they are stressed.

While the American Wirehair is not a vocal cat, he can be a bit overbearing and demanding at times. However, overall, this breed is very sweet and affectionate. The friendly, sociable nature of the Wirehair makes it a good choice for families. These cats are playful, so be sure you have plenty of toys to entertain your pet.

While the American Wirehair is a fairly healthy breed, it does have a few quirks. Most of these cats have a greasy coat, which means they tend to need bathing more frequently than other cat breeds. Luckily, most Wirehairs enjoy being bathed. Also, these cats also frequently need to have their ears cleaned.

While you do need to groom your Wirehair to keep his coat healthy, you should do so carefully to avoid breaking off the fragile hairs. After all, Wirehair cats have hairs that are weaker and thinner than traditional cat hair.

If you want a cat with a very unique look, then an American Wirehair may be the perfect breed for you.