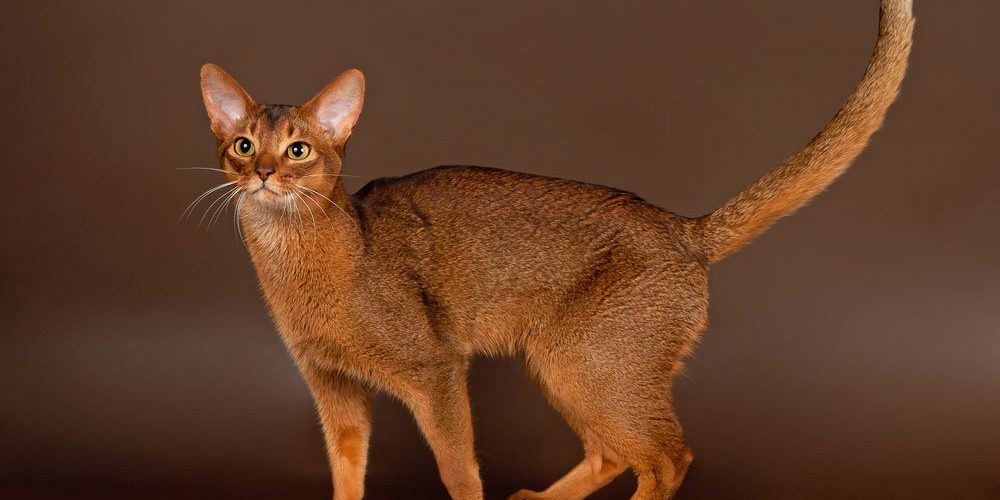 If you’ve always thought cats were too snooty and unaffectionate, you haven’t met an Abyssinian. These cats are very personable and affectionate animals that love to interact with their families.

The Cat Fancier’s Association classifies the Abyssinian as a part of the Championship Class, along with thirty six other cat breeds. This breed is often smaller than many other cat breeds, weighing in at only nine to sixteen pounds.

The Abyssinian has a graceful tail that is as long as the rest of its body. Although Abyssinians can have coats in almost any shade, from red to lilac, they all are tabbies with a ticked appearance. This means that each individual hair has bands of dark and light color. This cat breed has a wedge shaped face with eyes that are green, amber, or hazel colored.

This breed is much older than many other cat breeds. Images in ancient Egypt show cats with a very similar appearance, right down to the ticked appearance of their coats. The first Abyssinians to arrive in England came from Ethiopia in the eighteen hundreds.

Abyssinians have a reputation for being very curious. These cats want to know everything about what’s going on around them. They seem to actually try to help their owners complete household chores and like to hang out with them in the garden. It is no surprise that such a curious breed is also extremely active. This breed spends a lot of time playing and needs a lot of toys. If you don’t provide playthings, your cat will use your belongings to create his own toys. Abyssinians will scale any barrier in their quest to explore their surroundings, from curtains to fences. If you allow your cat to spend time outdoors, keep a close eye on him, as he will most likely be a bit of an escape artist.

This breed’s personality means that it needs a lot of attention and affection from its owner. An Abyssinian is the wrong choice for anyone who spends a lot of time away from home. If you aren’t home a lot, you may want to consider adding another Abyssinian to the household, as this breed does enjoy playing and interacting with other cats.

Abyssinians are so intelligent that they can easily learn a few simple commands. Don’t be surprised if your cat learns to come when he is called and picks up some tricks like fetching a toy.

One common health problem this breed does often have is an inherited eye disease called retinal atrophy. This is very unusual in cat breeds, although it is fairly common in many dog breeds.

With its short sleek coat, the Abyssinian needs very little grooming. However, these cats often enjoy receiving the extra attention, as long as you are gentle.

If you want a cat breed that is as affectionate and devoted as any dog, then the Abyssinian is the perfect choice for you.

Can Cats and Dogs Live in Harmony? Our Guide for Curious Pet Owners
April 2, 2021