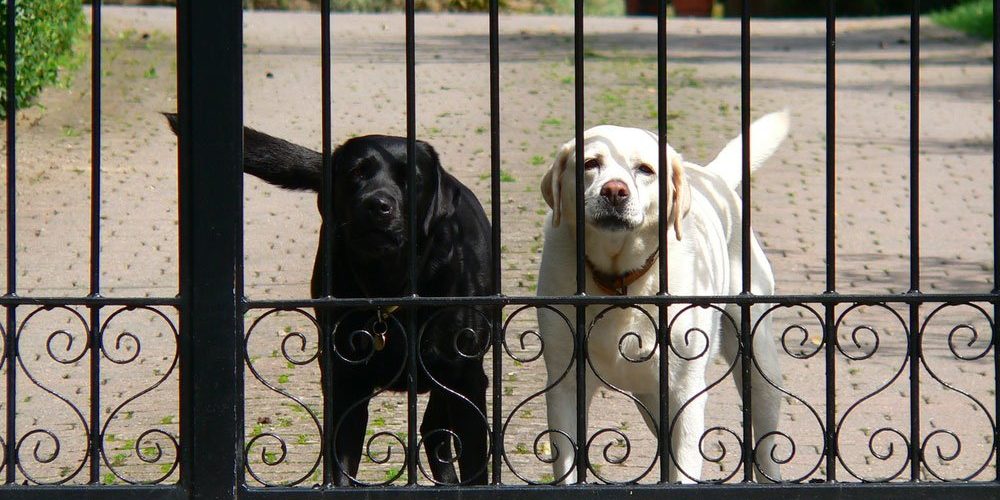 All dogs have one form of aggression or another and to some degree, it is perfectly natural. However, since our pets are domesticated then there is a certain level of calmness that we should expect from them. The most common aggression behavioral problem that dogs display is called “territorial aggression”. To sum up the definition of territorial aggression, it simply describes a dog that goes absolutely crazy whenever a stranger approaches their home.

What encourages a dog to display such aggressiveness?

As we stated earlier, it is natural for your dog to want to defend his home and make it known that the area is his territory. However, the following scenarios may cause your dog’s aggression over his territory to escalate:

1. Aggression is reinforced in a dog whenever, for example, a delivery person approaches the house and then after dropping off a package he leaves the territory. Your dog actually thinks that he drove the stranger away and this in itself creates more aggression.

2. When riding in a car, a dog with extreme territorial aggression tends to bark incessantly at every person he sees and every moving thing outside the window. He is saying to them “stay away, this is my territory!” And of course nobody is going to approach the car so your dog actually thinks he is “winning”. Therefore, the dog will bark even lower to celebrate his victory.

3. Another very common reason why a dog may increase his levels of barking and aggression is whenever he is acting up and barking at the door (for whatever reason) and the owner starts to yell at him in order to shut him up. Most dog owners do not realize that yelling at their dog is doing nothing but creating more aggression. A dog will think that you are “supporting” his aggression towards the approaching stranger or delivery person.

4. A fourth reason why a dog may have heightened levels of territorial aggression is whenever he is isolated or locked up when there are guests and strangers inside the house. When you first think about it, it seems very reasonable to take your barking dog and lock him up in a room or crate whenever you have guests. However, during this time, your dog can smell the “intruders” and since he can do nothing about it, is aggression levels can rise dramatically, causing stress and anxiety, which of course leads to more behavioral problems.

5 Situations When You Encourage Your Dog to Behave Badly
September 8, 2013

How To Determine If You’re a Suitable Dog Owner
September 8, 2013

Why Is It Important To Train Your Dog?
September 8, 2013
Search
Recent Posts
CONTACT MARYLANDPET.COM
Go to Top
Go to mobile version