You are here:
Bird Training 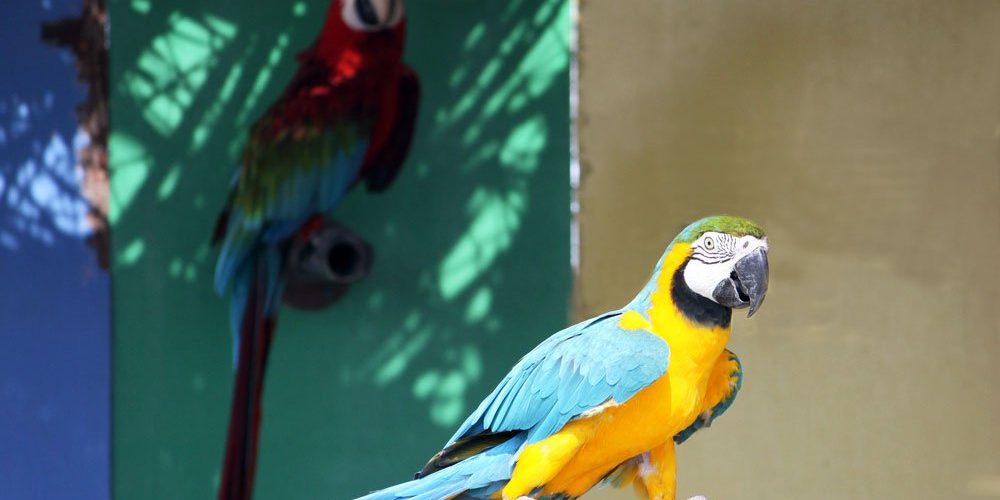 While most people think of pet birds as animals that just sit in the cage or perch on someone’s shoulder and say the occasional funny phrase, some birds can actually learn quite a few interesting and entertaining tricks. While not all birds are able to perform elaborate tricks, you should be able to teach your bird a few simple tricks.

One of the easiest tricks you can teach a young bird is to play dead. To teach this trick, you first need to accustom him to having his head and back touched. When he doesn’t mind being touched anymore, it is time for the next step.

Let him perch on one hand and cup your other hand around his back, gently cradling his head between your thumb and forefinger. Then, gently tilt him over onto his back. If he struggles, stand him back upright immediately. Gradually increase the amount of time you leave him on his back until he is willing to stay in that position for several seconds without being restrained.

While most birds can learn to play dead, conures excel at it because some of them lie on their backs naturally to sleep. In fact, teaching your bird to pretend he is tucking himself in for the night is a trick that can be learned quickly once he knows how to play dead. Gently cover his body with a small, light piece of cloth and say ‘Goodnight’. Some birds will grasp the cloth immediately and tug it higher with their beaks, as if they are tucking themselves in. Others need a bit of encouragement.

Another fun trick you can teach your bird is to play ring toss. Most birds naturally throw things around, so all you need to do is reinforce this behavior. Encourage him to throw the rings without aiming at a target at first. After he becomes accustomed to tossing the rings, you can begin working with him to toss the rings onto a short dowel screwed onto a base in an upside down ‘T’ shape.

If your bird picks up the ring toss trick readily, you can teach him to shoot hoops with a small, light ball and a ring fastened onto a dowel to form the basketball pole and hoop. Since the technique is so similar, most birds that have learned to play ring toss pick up basketball in a matter of days.

Finally, if your bird is a talker, you can teach him quite a few clever vocal tricks. One favorite is to teach him to respond to people who ask if he can talk with ‘I can talk. Can you fly?’ Another trick that astonishes people who aren’t used to the intelligence of birds is to teach your bird to request the treat he wants to eat by name. This trick can be taught by telling your bird the name of each treat as you offer it to him. He will quickly pick up the names of his favorite treats and begin to ask for them by name.