You are here:
Animal Welfare 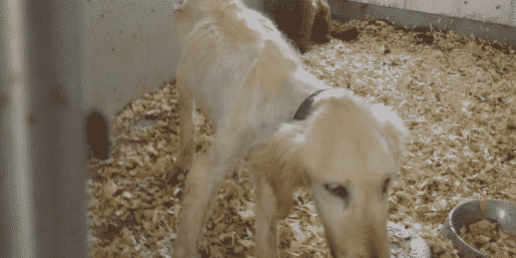 The proposed ‘Goldie’s Act’ aims to improve the Animal Welfare Act and monitor breeding facility conditions. Please help support Goldie’s act by calling or writing your member of the U.S. House of Representatives and asking them to cosponsor Goldie’s Act. Click here to find your Maryland congressman’s contact information. Below is a sample letter that can be used when contacting your congressman. Please visit the ASPCA’s website to learn more about Goldie’s Act.

As your constituent and a supporter of The American Society for the Prevention of Cruelty to Animals (ASPCA), I am writing to urge that you cosponsor Goldie’s Act (H.R.6100), a bill to restore welfare to the Animal Welfare Act (AWA). This bill would require better protection for dogs in puppy mills—a responsibility USDA has long ignored. The USDA is responsible for enforcing the Animal Welfare Act, a law established to protect animals kept for commercial purposes, but over the years the agency has watered down its own programs and procedures with changes that erode protections for these vulnerable animals. Despite observing violations during inspections, the USDA is not taking action to penalize noncompliance or protect dogs that are suffering. No violators lose their license, and no one pays a financial penalty–even when dogs are left to suffer and die in their facilities. In 2020, the USDA did not enforce the law, opening only 30 new enforcement cases–a decline of close to 90% from the 252 cases it opened in 2014.

The real-world consequences of the agency’s reluctance to take action are devastating. This bill is named after Golden Retriever #142 or, as she is now known, “Goldie,” a dog who suffered for a very long time in nightmarish conditions at a USDA-licensed puppy mill in Iowa, and eventually died there. The USDA issued a license to Daniel Gingerich’s puppy mill in 2019, but did not inspect his facilities until April 2021. When they finally inspected the property, dogs were in miserable condition. At that inspection, USDA inspectors found a Golden Retriever (Goldie) later described in a Department of Justice civil complaint as “extremely emaciated,” but they did not officially record this welfare violation. USDA inspectors saw Goldie a month later, taking note of her deteriorating condition but never recording these terrible welfare violations or helping her. Goldie died at this puppy mill, and even though her and other dogs’ suffering was rampant and violations of the law were clear, the USDA still refused to act. In her memory, we need to pass Goldie’s Act (H.R.6100) to update the AWA to ensure the USDA conducts high quality inspections, helps animals that are visibly suffering, issues penalties for cruelty, and shares information with local law enforcement. I urge you to cosponsor this critical bill to help ensure that no other dogs meet Goldie’s fate.

Please support the Goldie’s Act bill so other dogs do not have to endure the same horrific conditions! Your voice counts!

The Tragic Facts About the Yulin Dog Meat Festival
May 7, 2022

The American Humane Association – How It Was Started
May 7, 2022