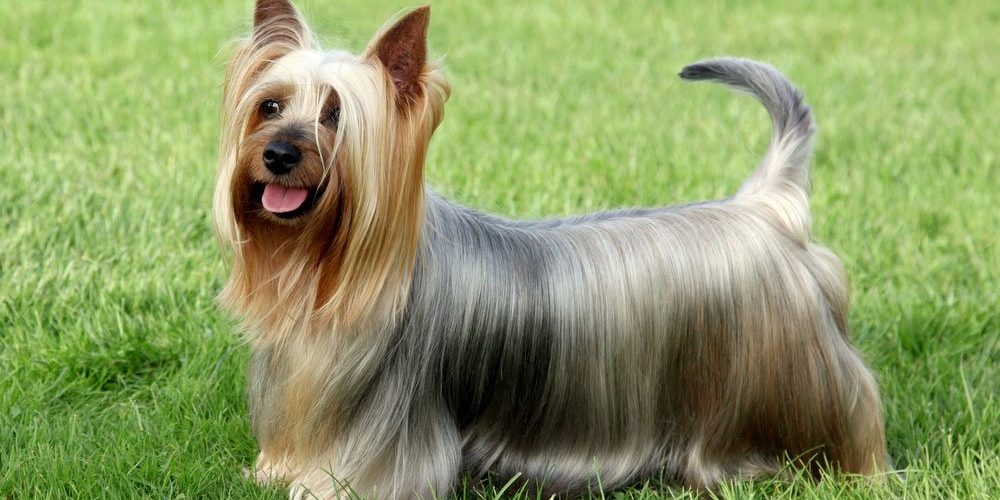 The Silky Terrier has an interesting point of origin. During the late 1800s, many Yorkshire Terrier dogs from England were brought to Australia. Most of these dogs were colors of tan and steel blue. They were then bred with Australian Terriers whom had tan and native blue colors. These breeding efforts were designed to create a dog with improved coat colour while maintaining its robust conformation.

Many of the descendants from crossing these breeds started to appear with a slightly different look and were named the “Silky Terrier” because it was thought that an entirely new breed was starting to emerge. They were medium in size and coat length, as compared to its parental stock.

Silkies started to interbreed and within a very short time had produced their own strain. There were two breed standards that were drawn up since the dog had originated from two different areas of Australia. One standard was created in 1906 and the other in 1910.

The major disagreement was the difference in weight. Finally in 1926, a standard was revised which encompassed all areas from both sides. Compromises were made and the name “Australian Silky Terrier” became official in 1955.

During that same year, the Americans had officially named this breed the “Silky Terrier”, dropping the Australian description. And soon after it was recognized by the AKC. Although this dog breed is not rare, its popularity has been slow to grow as common household pets.

Although small and considered to be a lapdog, the Silky is not as mellow and quiet as you might think. It is feisty, playful, and quite bold when it comes to taking action. This dog can be a bit aggressive towards other dogs and house pets.

Taking Care of the Silky Terrier

Most Silky Terrier dogs tend to bark a lot and can be a bit stubborn when it comes to training. Silkies tend to need a bit more exercise than other toy breeds. Like most dogs, they love to take plenty of walks on the leash and prefers to have an area outside in which they can roam free (fenced in of course). This dog breed is not meant to live outdoors. Grooming requirements should consist of a thorough brushing every other day to keep the long coat from matting.

The average lifespan of the Silky Terrier is approximately 12 to 13 years, with some living as long as 16 years. Considered to be one of the healthiest of dog breeds, there are absolutely no major health concerns to worry about and the only two minor issues include Legg-Perthes and patellar luxation.