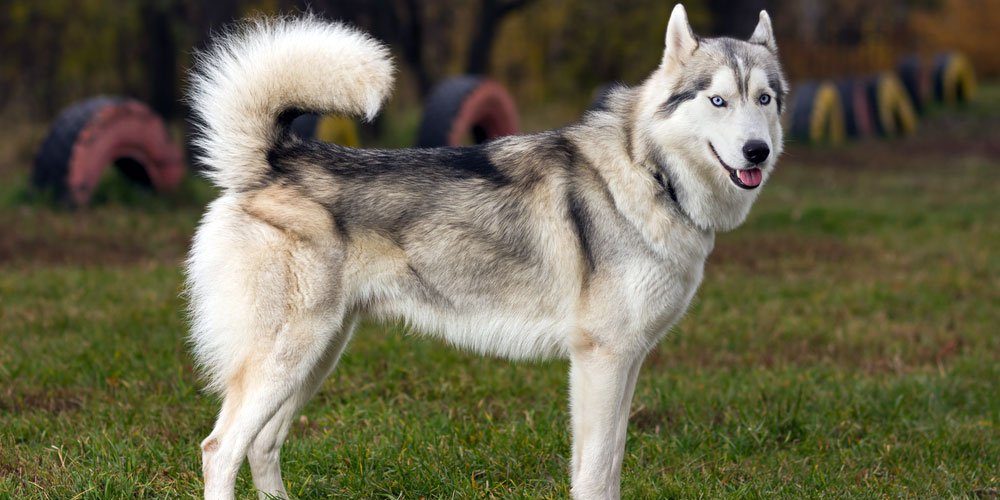 The Siberian  Husky was originally developed in Northeast Asia by the Chukchi people, and at that time was named the Chukchi Husky.  Although its ancestry is not known, this dog is definitely related to the Spitz family. Way back during the Alaskan Gold Rush, these dogs were extremely important to life in the Arctic regions.  It was at that time that dog racing became an enjoyable pastime as a standard source of entertainment.

The popular Alaska Sweepstakes Race, which covered over 400 miles in the distance from Nome all the way to Candle, became an entrance for the Chukchi Huskies in 1909.  These dogs did not really fare well in popularity at that time, however, there was one racer that was impressed with these animals and imported 70 of them to train for winning the 1910 race.  Amazingly enough, his three teams of Huskies did indeed win first, second, and fourth-place.  As you can probably guess, this immediately set the stage for the Siberian  Husky to become the dominating winner for future races.

In 1925 the Siberian  Husky started to show up in Canada and then soon after the United States. The AKC recognized this dog as an official breed in 1930. In World War II, a fair amount of Huskies served with soldiers for the US Army’s search and rescue missions.  This further helped its popularity among dog enthusiasts.  Eventually it became a common household pet and of course remains the most popular of any Arctic dog breed in existence today.

The Siberian  Husky can be described in so many ways. They are alert, independent, clever, and extremely adventurous. These dogs absolutely love to run long distances and unless thoroughly trained may tend to roam if left unattended. Siberian Huskies are well behaved around other house pets but may be a bit aggressive towards strange dogs outside.

Physical upkeep for this dog breed must require plenty of daily exercise, preferably with long jogs or better yet, off-leash running where it is safe for them to roam. A person with an active lifestyle will enjoy the companionship of a Siberian  Husky. These are perfect pets to have if you live in an area where the weather is cold.  They also enjoy pulling exercises, such as sleds and other objects.

Grooming requires just a thorough brushing once or twice per week.  Their coat runs short, but may need daily brushing when experiencing times of heavy shedding.

The Siberian Husky is a lucky dog breed in that it is generally very healthy with absolutely no major health concerns.  Minor issues which may pop up, but are rare, include hypothyroidism, PRA, corneal dystrophy, and cataracts.  Dog enthusiasts who become the proud owner of a Siberian  Husky have a fortunate lifespan of 13 years to enjoy its companionship.