Scenting Ability – The Remarkable Nose Of Your Dog 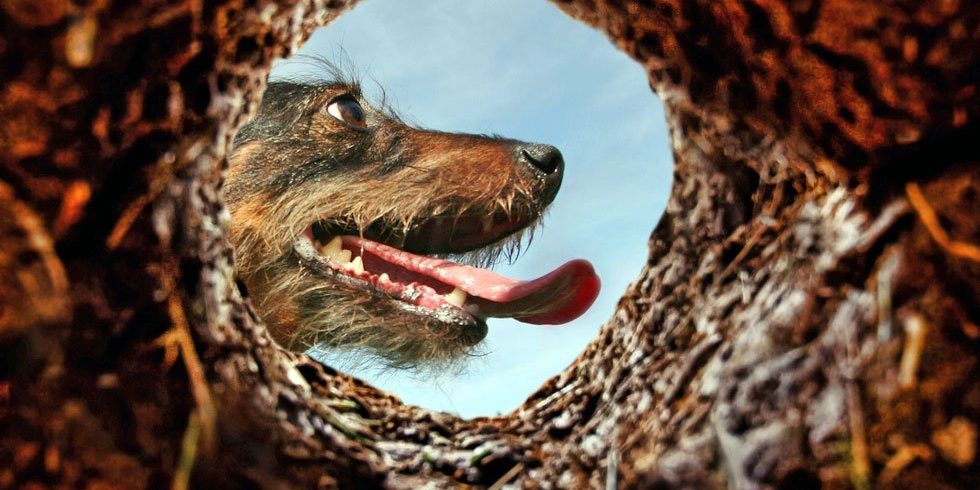 Whether you own a 160 lb St. Bernard, designed to track down and hunt people, or enjoy the company of an adorable little Chihuahua, every dog has an incredible nose that can pick up the most uncanny of scents.

Your canine friend may not have as good eyesight as you do, but his sense of smell is far superior to any human. It is through his acute ability to pick up on scents that he knows and understands the world around him. Whenever your dog dashes off and escapes outside, he is not wandering off on some sightseeing adventure. Instead, he is roaming on a scenting delight.

And when those country-living hunting dogs head out into the open field, their nose sets a rapid pace with all of his other senses to help direct him on the exact way to go towards hunting down his prey. These dogs are aware of people, things, animals, food, vegetation, literally everything, all through the amazing sense of smell.

How A Dog’s Nose Works

The physical makeup of a dog’s nose is suited specifically for his laser targeted scenting talent. A dog picks up on an odor by drawing in several short breaths into the nasal passage. This odor mixes with the air and comes into contact with a mucous membrane which covers the olfactory nerves. Dogs have a much larger smelling membrane surface than people do.

Every living thing around us gives off molecules of odor. When a dog inhales these molecules, they are dissolved onto the mucous membrane. Once this happens, the scent is ready for the dog’s highly sensitive smelling equipment to take over. There are tiny nerves that relay the message of an odor, which travels to the olfactory nerve, and then signals directly to the brain.

Once the completed message is picked up by the brain, the dog’s scenting ability is so precise in interpreting the odor, that he can distinguish each one from hundreds of other similar type smells. For example, if a stick is marked and touched by a dog’s owner, the trained canine can individually single out this same stick out of hundreds of other sticks.

Dogs also have the ability to remember each scent it comes across and match it to the experience the brain produced. This memory to last a dog’s entire lifetime. A particular odor of a dog picked up could be remembered 8 – 10 years later in a dog’s life.