Rescued Dogs from N. Carolina Help Save Lives of Other Fellow Canines In Hurricane Matthew Aftermath 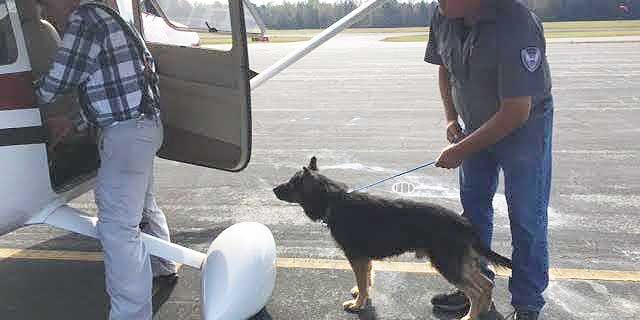 October 25, 2016, Reisterstown, MD – Hurricane Matthew’s storm clouds may be far away from the coast, but families in the south are still struggling to recover… and that includes their pets.  Baltimore shelters, including Baltimore Humane Society, are now actively trying to care for many of the pets who came from the ravaged area.

Carolina Search and Rescue teams raced against the clock following Hurricane Matthew to rescue huge numbers of pets separated from their families during the storm.  Many hadn’t had food or fresh water for days. Shelter space for the animals, however, was in short supply.  In order to help make room for the newly rescued dogs, Baltimore Humane Society has taken four dogs from the Columbus County Animal Shelter in North Carolina that were previously up for adoption in the southern shelter.  Dogs rescued after Hurricane Matthew are now utilizing those kennel cages on extended stray holds.  The hope is that eventually the pets will be reclaimed by their families.

Many families lost their entire homes and need somewhere for their pets to stay.  Many are still looking for their pets who they hope are now housed safely in local shelters. Because of shelters like Baltimore Humane Society taking dogs who were occupying those shelters prior to the Hurricane, there is now room for the pets who were victims of the storm.  So in a sense, those dogs that came north have helped rescue their fellow canine victims.

Four dogs — Rylan, Sanford, Shiloh, and Dawn – came up to Baltimore Humane Society’s no-kill shelter in Reisterstown through the Brother Wolf Animal Rescue.  Brother Wolf, one of the Search and Rescue teams, helped coordinate transport with Pilots N Paws for the four dogs from Columbus County, North Carolina.  They have transported over 100 animals to no-kill shelters in Georgia, Florida, and as far away as Maryland and Connecticut.

The dogs are now all available for adoption at Baltimore Humane Society.  Rylan is a two year old hound/terrier.  Dawn and Shiloh are 8-month old hound/Beagle mixes.   Sanford, a three year old German Shepherd, needs treatment for heartworm and will need a foster home while being treated.  Baltimore Humane Society is asking for donations to help pay for Sanford’s treatment and the care of the other dogs.   To donate or for more information go to Bmorehumane.org.