You are here:
Bird Behavior 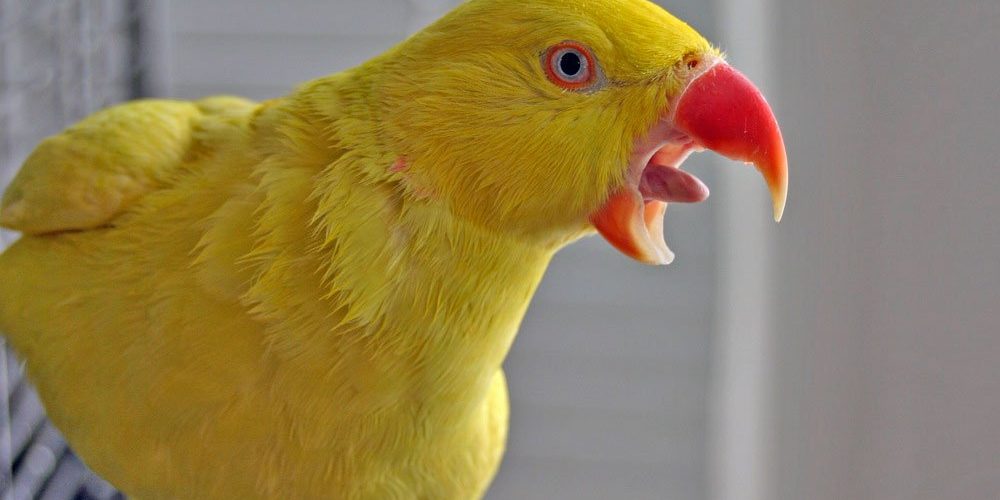 Understanding what your pets are telling you can be a real challenge, even if they can talk. After all, few parrots communicate their feelings with words, although at least one African gray has been known to loudly announce, ‘I’m bored!’ when he were being neglected. Luckily your bird’s body language speaks just as loudly as he does, allowing you to understand exactly how he is feeling.

One of the most important reasons for understanding what your bird is thinking is that you can often avoid getting a painful bite if you know he is agitated or scared. It is easy to tell when your bird is petrified with fear. He stands very tall and makes himself as skinny as possible. His eyes are dilated, but he is not moving at all. He acts as if he thinks that if he makes himself as skinny as possible and doesn’t move, then the thing that is scaring him will overlook him.

If you reach out to pick up your bird when he is standing like this, he may break his paralysis to lash out at you in terror. Instead, squat down until he is a bit higher than you. Then, look right at him and close your eyes for several seconds. Slowly open and close your eyes, speaking softly to him the entire time. Your bird should begin to relax. This is because birds always feel more secure when they are higher than everyone else and they consider blinking to be a sign of trust. When your bird is relaxed, you may still want to be a bit cautious about handling him, as he may feel a bit edgy and resentful about being scared.

An angry bird will have extremely dilated eyes. His head may weave back and forth in an almost snakelike motion and he may be vocalizing loudly. He will be leaning slightly forward so he can attack more easily. The feathers around his neck will stick up like he is a bristling cat. When your bird is angry, you should let him calm down before approaching him. Try distracting him with his favorite treat, but make sure you don’t let him get close to your hands or you may get a painful bite as a thank you for the treat.

An excited bird has the same big, dilated pupils that an angry bird has. He will probably be bobbing his head and may also have his neck feathers ruffled. If he is very excited, his whole body may be moving a bit. He will probably be quite loud and may revert to some ear piercing screams. Even if he is happy instead of angry, his emotions are so volatile that he may still bite you unexpectedly. Wait for him to be a little less excited before handling him.

Finally, a contented bird will perch with one leg tucked up under him. He will have a relaxed posture, as if he is slouching slightly. He will groom himself right in front of you and may even stretch out a wing for a few seconds. As long as you don’t make a sudden move that startles him, you won’t need to worry about him lashing out.