You are here:
Horse TrainingHorses 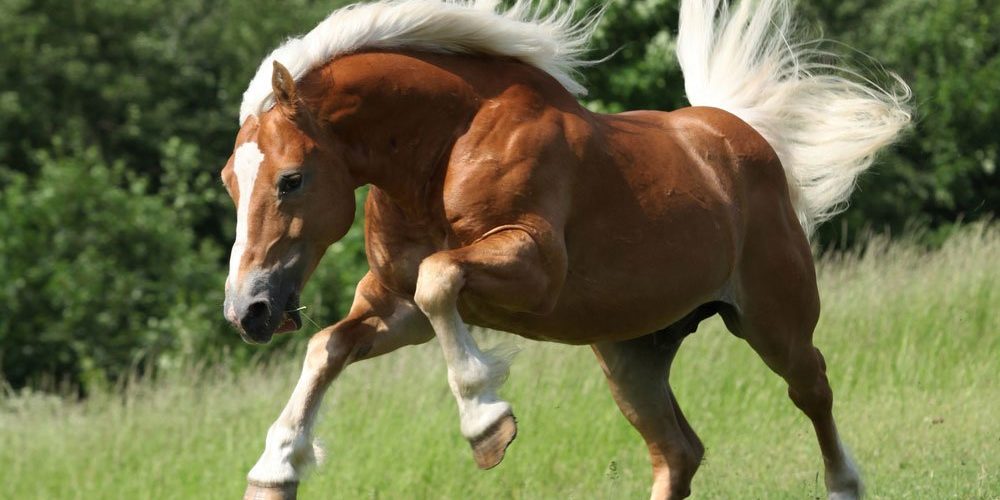 If you’ve ever been the victim of an animal bite, you may think that the attack came out of nowhere. However, if you knew how to read an animal’s body language, you would probably have seen one or two tell tale signals that may have enabled you to avoid being bitten. Just like other animals, horses have body language that can let us know whether they are feeling happy, sad or frightened. Reading your horse’s body language can help you have a better relationship with him and may even help you avoid being injured.

One of the first things you should look at when you are trying to judge your horse’s mood is his ears. A horse will move his ears forward, back or even to the sides depending on his mood. While his ear position alone won’t always tell you exactly how he is feeling, when you combine the way he is holding his ears with the way he is arching his neck, twitching his tail and moving his feet, you will be able to find out exactly how he is feeling.

A contented horse has ears that are pointed slightly back, but are not flattened to his head. His eyes have a calm expression and his head is slightly bent. He usually will be standing with most of his weight on three legs to rest his fourth leg. His teeth are hidden by his lips, which almost seem to have a smile on them.

An alert horse may still be happy, but he is not relaxed. He is excited and curious about what is going on around him. His ears are tilted forward a bit so that he can catch every sound and his head is slightly elevated so he can see easily. His eyes are bright and seem to see every detail. He may be making a bit of a racket to be sure he has your attention, but the sounds are happy, not frantic.

If you see a horse holding his ears flat against his head, be ready to get out of the way. This is one of the key signals that a horse is planning to take a bite out of a nearby horse, but a horse with a bad attitude may settle for the closest human. If you are closer to his back legs, he’ll be more than happy to try kicking you, instead. Besides flattening his ears to his skull, an angry or aggressive horse will stretch his nostrils so that they look like ovals, open his mouth, and pull back his gums so you can see his teeth.

Finally, you should recognize signs of fear in a horse. When a horse is about to freak out, he will hold his ears so they are pointed at the thing he is afraid of. This means his ears can be forward or back, so this is one case where the horse’s ears won’t tell you as much about his mood as they do with other moods. Instead, look at his eyes. They will probably hold an expression of fear and the whites will be showing. Also, a horse that is about to bolt will throw up his head so that his nose is pointed to the sky and may let out an extremely high pitched squeal.

Pet Horse Training – What Should You Know
September 15, 2013

Choosing Horse Farrier as a Career can be Very Rewarding and Satisfying
September 15, 2013

What Are the Basic Needs of Healthy Horses?
September 15, 2013

Horse Ownership: Organizing A Stable and Making The Most of Your Time
September 15, 2013
Search
Recent Posts
CONTACT MARYLANDPET.COM
Go to Top
Go to mobile version