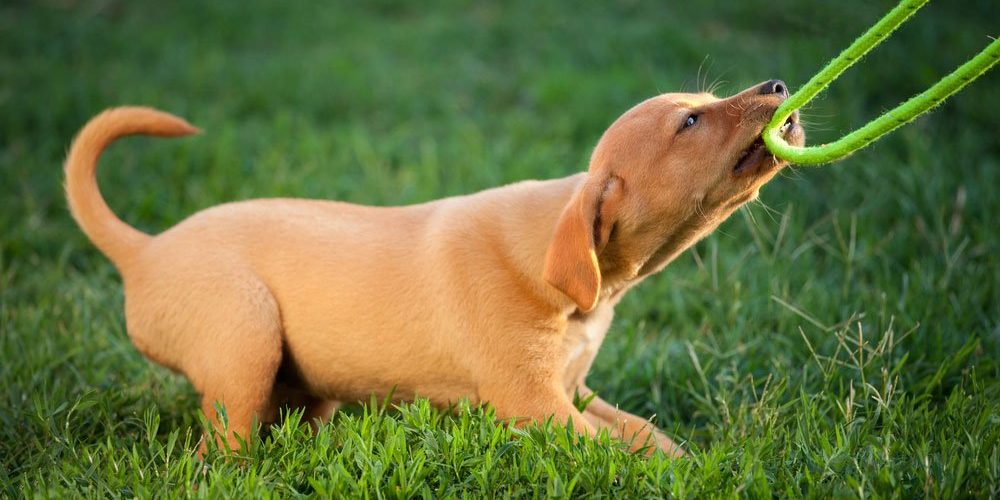 A ten-week-old puppy should not be expected to respond upon command like a pro, anymore than would a child being taught to add and subtract while attending preschool. A puppy has the ability to learn upon completion of the seventh week of his life. Since that ability is there, it is important that the things he does learn are constructive.

The more he learns – though he may not perform well – the more solid the foundation for future training will be. A child plays with building blocks and builds a house – one block at a time – until, finally, one block causes the house to fall. The next attempt at building that block house will result in a much firmer foundation than that of the preceding house.

Each time a puppy is taught a new word – and given no opportunity to respond in any other manner except the proper one for that word – a foundation block is being added.  Later, as the puppy’s mind expands, the opportunity to disobey can be introduced; correction for that disobedience will put the pillars into place, thus providing a solid foundation for the dog’s future behavior.

Weeks 11 and 12 will conclude the puppy’s preschool kindergarten training, and should begin with you controlling the direction of your short daily walks. It is at this point that you will – for the first time – exert your direct influence regarding walking with the puppy. Up to this point, he’s had no form of absolute control placed over him, with the exception of your command “come” (wherein you gently pulled him to you and rewarded him with a tidbit treat).

Because he has not had absolute control placed over him during his daily walks, you may encounter some signs of attitude or a temper tantrum when you decide to go in a direction that the puppy just doesn’t happen to want to head towards. If he balks, backs up, or acts like a wild bull on the rodeo grounds, just stand calmly, holding firm to the leash, and let him get it out of his system.

Don’t make a big deal out of it.  Simply let him throw his tantrum – but do not give in and go in the direction that he wants to go.  He’ll tire from his own antics in a very short period of time, especially when he sees that such behavior gets him nowhere.

When he finally calms down, speak lovingly and assuredly to him.  Make him think that everything is going to be okay and that you’ve got things under control. Do a few “come” maneuvers as explained in previous puppy kindergarten tips and be sure to follow them with the treat reward. So far, the word “come” always culminated with something good, and you will be the recipient of benefits of this later on in your dog’s training.