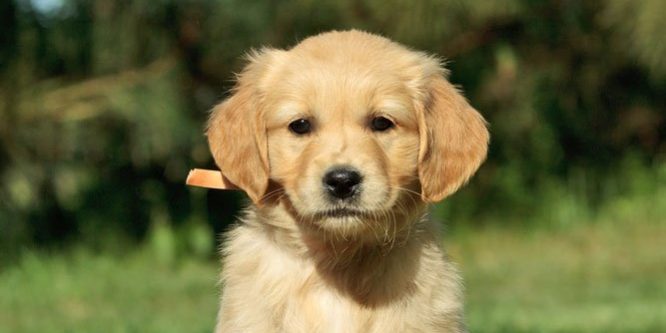 The next step in preschool puppy training begins at around 10 weeks of age. We are now going to introduce your pup to the “stay” command.

But first, a quick word of caution from the last training article. It involves the rewards given to the puppy when playing the fetch-sit game. As you near the end of each 10 minute game time, you may notice your puppy tiring.  If he poops out and refuses to retrieve, do not give the tidbit reward and end the game. To do otherwise would be to reward the puppy for giving up and quitting. Always end each game session by commanding “sit” and placing the puppy in that position, followed by praise in the tidbit reward.

Now on to this week’s training session; keeping firmly in mind that kindergarten training is primarily for teaching a puppy how to learn, we can introduce the command to “stay” when the puppy is but ten weeks of age. Thus far, we’ve written the words “sit” and “come” on the chalkboard of the puppy’s mind.

We’ve given the puppy no opportunity to do otherwise when those commands have been given. Therefore, the puppy cannot have been guilty of any disobedience in response to those commands. He certainly didn’t perform any of those behaviors on his own, of course, but at that age he shouldn’t be expected to. We’re teaching the pup how to learn, so always keep that in mind!

At 10 weeks of age, and during your fetch-sit games, you can introduce the word “stay” into your puppy’s vocabulary in the following manner:

With the puppy in a sitting position, and prior to throwing out the fetch toy, place your left hand on the puppy’s rear to assist in holding him in that sitting position. Give the command “stay” in a firm, authoritative voice, placing your other hand (palm open) at his eye level for added emphasis. Then throw to fetch toy.

If the puppy does not move in an attempt to go to the toy, praise him immediately and release him with “Okay, get the toy.” If the puppy moves in an attempt to retrieve the toy, tell him “No!” Lead him back to the exact spot and reinforce the command to stay. Have him hold that sit-stay position for a few seconds, then release him to retrieve the toy, followed by the usual praise – and, at the conclusion of the training period, his treat reward.