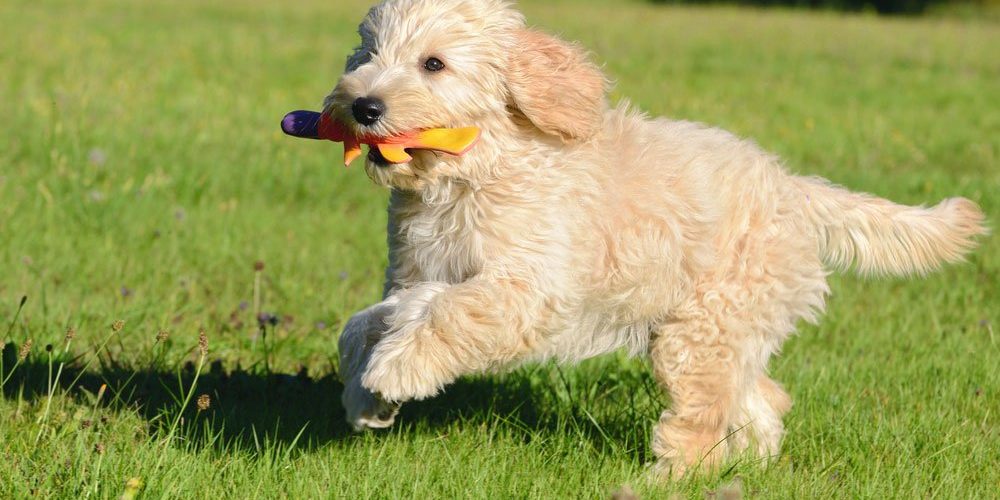 The first positive command that your puppy should learn is the command to sit. By making it the first command, it therefore becomes the first positive word which we will write on the puppy’s “chalkboard mind”. In other words, at this age his mind is like a chalkboard – and not too much has been written on it yet.

The things that get written on it at this age should be constructive. Later, we will write the negative word “no” on the puppy’s mind. The word “no” is the only negative command you should ever utter. Words which you will use when it becomes necessary to scold your puppy are not considered “commands” but are merely words, the tone of which leave no doubt in the puppy’s mind that you are doing some disciplining. The negative command “no” will come to mean something to the puppy, no matter what tone of voice you use.

It is recommended that the area you use for your puppy’s preschool training in fetch and sit be as distraction-free as possible. Although we will approach this preschool training seriously, your puppy should view it as game time. The “game” should not exceed ten minutes in length. If it does, the puppy will become bored with it all.

If you persist after he becomes bored, then future games with you will be considered a “real drag” and, of course, non-productive. By having as few distractions as possible, we can help keep the puppy’s mind upon the game.

To begin, select a toy that your puppy has shown a particular liking for, then seat yourself upon the floor. This puts you down closer to the puppy’s level and, among other things, will help to convey the “game” atmosphere.

Make sure that the puppy’s leash is attached and that you are holding the other end. Toss the toy up and down for a few seconds, just enough to attract the pup’s attention. Then, toss it out a few feet away from you encouraging the puppy to retrieve it. You can encourage him with things like “Come on boy… pick it up! You can do it! C’moooon boy! Good doggie!”.

There’s enough verbiage there to make sure not a single word sticks on that chalkboard; but your tone of voice, together with your enthusiasm are the prime considerations here. If the puppy goes to the object and shows any interest in it at all, that’s grounds for praise and further encouragement. If he picks up the toy and brings it back to you, really pour on the praise and toss it out again.

Try to get four such retrievals into your first ten-minute play session. Then, remove the leash and end the game with a tidbit – a cookie or other food reinforcement. Why the tidbit? Why not just praise? Remember, your puppy is now nine weeks old, and praise just hasn’t had time to become that big of a thing. Sure, it’s nice at this point in life, but the food reward is nicer.