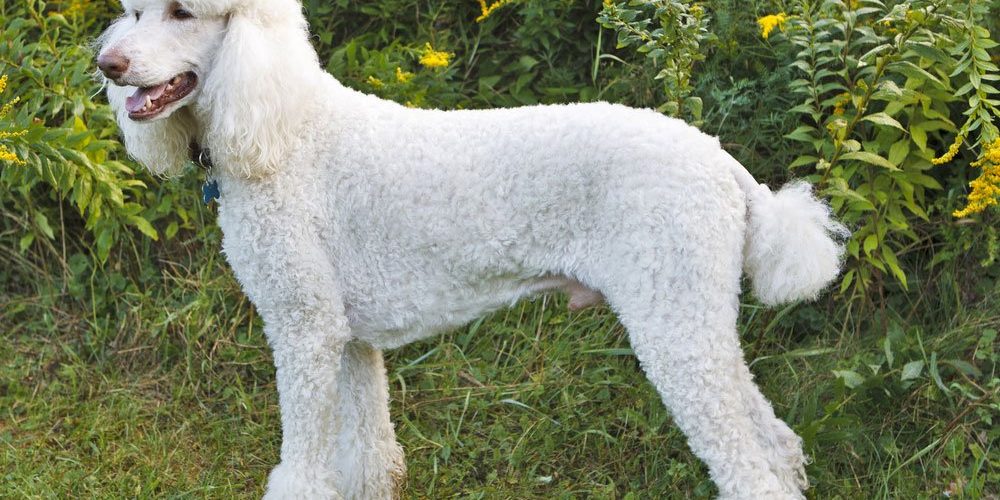 The Poodle is ranked in the top 10 of the AKC’s most registered dog breed. Originally used to retrieve small game from water surfaces, the Poodle has become a cozy companion in today’s family households. This dog breed has been mistakenly thought of as having roots from France, however, Central Asia is the actual location in which the Poodle made its start.

This breed has also been known to be of service as a military dog, a guide dog, pulled wagons for performers, a guard dog, and eventually became a circus performer. In time, the Poodle found its niche as a fashionable companion for women. It was then favored by the French aristocrats and became the official dog of France. Poodles entered the showroom sometime in the late 1800s and grew in popularity to be one of today’s most popular house pets.

You can find most Poodles to be of the standard type or the miniature version.  The miniature Poodle is amiable, smart, obedient, and very eager to please. It can be sensitive and finds satisfaction in loyal devotion to one person, but of course can work great in a family setting. The miniature Poodle is excellent with children and gets along great with other household pets.

The standard Poodle is considered to be one of the most smartest and obedient of dog breeds.  This dog combines adventure and playfulness into an irresistible personality that many people find adoring.  The Poodle enjoys running, swimming, and retrieving.  Like the miniature Poodle, the standard version is excellent with kids and makes a great pet.

Regardless of what type of Poodle you have, they all need lots of human interaction.  Physical exercise and mental games should be a part of the daily regimen.  Challenging play sessions combined with brisk walks would make an ideal exercise routine for this dog.  The standard Poodle will of course need a bit more exercise than the miniature version, but both find great excitement with retrieving games, especially in shallow water.

Living arrangements for the Poodle should be kept to the indoors only.  No Poodle should be forced to live outside. They are simply happier when in the company of their family. You will find that the Poodle enjoys snuggling up and being showered with affection by its owner.

Miniature Poodles have potential problems with Legg-Perthes, PRA, patellar luxation, and epilepsy. Both types should be specifically tested for hip dysplasia, DNA for vWD, and potential eye problems.