You are here:
DogsService Dog TrainingTraining 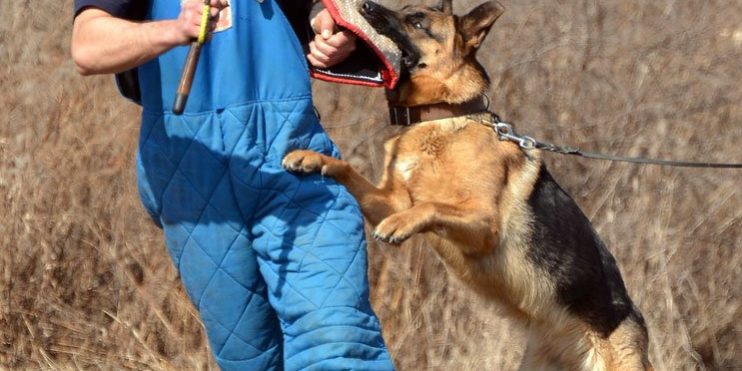 The concept of utilizing dogs for police services is certainly not a new innovation. Records in history account such animals being used for law enforcement safety and service as early as the fifteenth century.

However, the organized application of the canine as police dogs was instituted in the early 1900’s and was mainly brought about with the help of purebred dog organizations. Early distinguished police dog forces were in Belgium, Germany, and England.

Today, the majority of law enforcement agencies in the United States have recognized the value of canine police. Dogs are being utilized for police work with good results and widespread acceptance from the public. Some parts of the country, such as a small southern town in California, even hold a ceremony for newly graduated police dogs, where the general public is invited to attend the graduation.

Before the dogs demonstrated their ability at police work, they were walked among the people who were allowed to play and pet with them. This would definitely not have been possible with a dog sporting a violent temperament. The newly-graduated canines were then escorted to an area, where each one demonstrates his prowess at pursuing and attacking on command, as well as holding a suspect. The community was amazed that these are the same dogs that a few moments earlier had shown themselves to be docile and sociable. In this public exhibition, the people could see the value of having highly-trained canine cops.

It is a known fact among policemen who patrol with dogs that a suspect running away from the scene of a crime will stop more quickly for a dog than for an officer who yells “stop or I’ll shoot”! During a demonstration of police dogs in San Francisco, a policeman was heard to comment that cops can call a dog back if necessary, but a bullet will keep on going.

Not All Potential Canines Are Accepted As Police Dogs

The amount of intelligence required to become a police dog is revealed in the statistics that only three of every twenty dog-candidates are qualified. One experienced dog-trainer said that only three of every twenty dogs have the brains and ability to successfully complete training. Each canine candidate is given comprehensive schooling in basic obedience before actual police training starts.

Dogs are taught to jump through windows, climb ladders, walk along ledges, and focus on assigned tasks regardless of distractions. Once the dog is under complete control and responding instantly to the commands from his handler-officer, agitation training begins and proceeds to higher and more advanced levels. Not only are the dogs taught to attack with full fury, they are also taught to abort an attack, on command, or if the suspect freezes.