Parasites 1: Those Annoying Fleas Are Back! 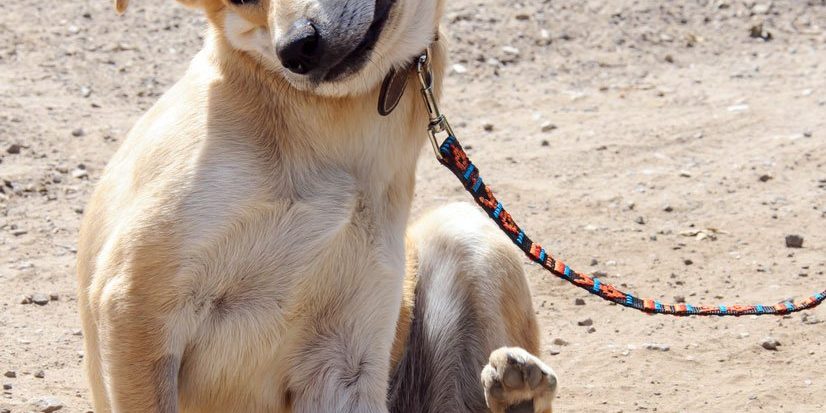 It’s the same sad song each year: “My dog has fleas and they are out of control”!

Every time warm weather approaches, veterinarians across the country will once again be overflowed with complaints and questions from worried dog and cat owners who are waging the recurrent battle against external parasites, particularly fleas and ticks.

The problem of parasites and the complications they cause is an extensive and serious one, but one that has been faced by nearly every pet owner at one time or another. In an effort to spare your pet a great deal of suffering this coming summer, we would like to answer two questions that are most commonly asked by pet owners about those annoying parasites; fleas and ticks.

What Exactly Are Fleas & Ticks?

Fleas are tiny insects that, as adults, must suck blood from another creature to sustain their own lives. Fleas are wingless, six-legged parasites, capable of jumping with surprising speed and may infest your pet alone by the thousands. The flea is a dark, reddish-brown color, similar to dried blood and is a common external parasite found in most parts of the United States.

The tick, a friend in misery to the flea, is generally dark in color, several times larger than the flea, and when on your pet does not move about but rather attaches itself to your pet’s skin and remains at that spot until it has satisfied its hunger for blood.

The female tick, engorged with blood, may look like a large, grayish-white, puffy pea-sized object which, on closer inspection, is attached by its tiny mouth to the animal’s skin. Often in close proximity to the underbelly of the female lies another smaller tick, a male waiting to complete the breeding cycle.

How Will I Know If My Pet Has Fleas Or Ticks?

The most common reaction of an animal infested with external parasites is an insatiable desire to scratch or chew at his skin. Frequent periodic checks of your pet’s skin and coat are advisable, especially during warm spring and summer months when the parasite problem reaches its peak performance. Fleas are frequently spotted leaping from place to place across the animal’s body.

If no fleas are readily apparent, part the animal’s fur close to the skin and check for flea excrement, which are specks of black, pepper-like dirt that, when wet, regain the color of the blood ingested by the flea. This discovery is a very good guarantee that fleas are present in your pet. On long-haired animals, checking the lower abdomen, genitals, and other areas of sparser hair growth will sometimes give clues when all else fails.

Ticks are more easily identified since they are easily seen by the naked eye. If long hair is in the way, a thorough stroking of the animal’s skin from head to toe will usually reveal the whereabouts of ticks by the feel of their tiny, hard-shelled bodies close to the skin.

Engorged female ticks are generally quite obvious because of their greatly enlarged size and distinctive appearance. Ticks frequently go unnoticed when lodged in ears, around the anus, on the tail, and in between paw pads, so be sure not to neglect those areas.