You are here:
Dog BreedsDogsPapillonToy Group 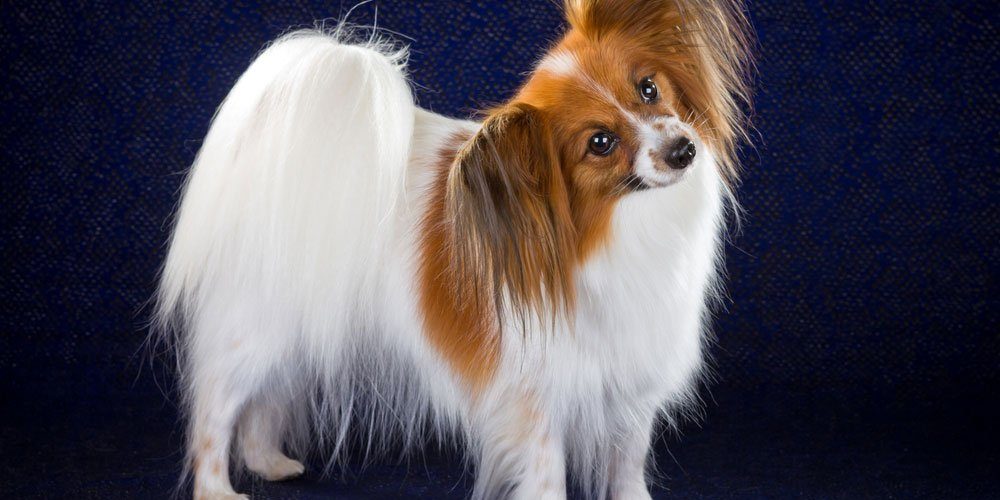 Papillon dogs are ancestors of the Dwarf Spaniels that were extremely popular throughout Europe as early as the 16th century. The name Papillon is French which means “butterfly”. It was given to these dogs because of the resemblance to a butterfly shape that their face and ears make.

Dwarf Spaniels were very popular with the nobility and in time both Italy and Spain became known for their extensive breeding and trading Dwarf Spaniels. It is documented that the court of Louis XIV of France absolutely adored these little dogs and imported hundreds of them.

There was a time when the Papillon was called the Squirrel Spaniel  because of the resemblance it had to a squirrel as it carried its tail over the back when it walked, just like a squirrel does. Papillon dogs of these early times had ears that drooped, but somehow in time the ears started to erect themselves.

Today you can find both types of Papillon dogs, some with droopy ears and others with stiff, upright ears. This mix can even be found in the same litter, although today the erect ear style is more popular with Papillon dog owners. Droopy-eared Papillon dogs in the United States are known as a “Phalene” which is a French word meaning moth. In Europe they are referred to as the Continental Toy Spaniel or the Epagneul Nain.

Soon after the start of the 1900s, Papillon dogs were represented almost exclusively by the French at French dog shows.  Eventually they were shown in England and then in America. The dogs during these times were a bit larger than today’s Papillons and were mostly of solid color. Through selective breeding the dogs became smaller and most often noticed by their striking colors that are separated by patches of white

Of all the toy dog breeds, the Papillon is considered to be the most obedient and easily trainable.  These dogs are not only amiable with people and other pets, there are also enjoyably playful and gentle. They are friendly towards virtually anybody and any animal it comes across. These dogs are perfect around children but because of its small size it may become injured if playtime is too rough.

Taking Care Of Your Papillon

Papillon dogs thrive on games and mental stimulation.  Taking care of its exercise requirements can easily be done with a daily walk on the leash and fun training games, both indoors and outdoors. If you plan on owning a Papillon then expect to have your dog sleep indoors at all times. Grooming is minimal, with the occasional brushing every three to four days.

The average lifespan of a healthy Papillon is between 13 and 14 years.  Some of these dogs have been known to live up to 17 years. There are no major health concerns to worry about and the only minor issues that occasionally pop up are dental problems, seizures, and patellar luxation.

5 Situations When You Encourage Your Dog to Behave Badly
September 2, 2013

How To Determine If You’re a Suitable Dog Owner
September 2, 2013

Why Is It Important To Train Your Dog?
September 2, 2013
Search
Recent Posts
CONTACT MARYLANDPET.COM
Go to Top
Go to mobile version