You are here:
Dog BreedsDogsNewfoundlandWorking Group 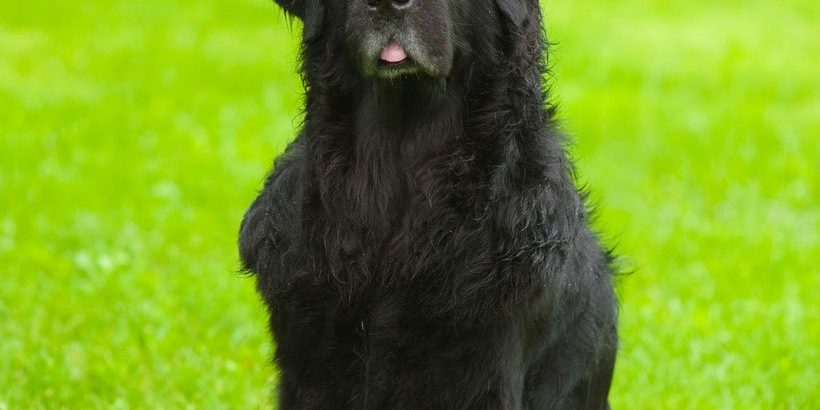 The Newfoundland dog breed comes from the coast of, you guessed it, Newfoundland. There is absolutely no disagreement about this fact between dog historians, but quite the opposite is true in reference to its genetic ancestry.

We do know that the Newfoundland dog can be traced back to the Tibetan Mastiff dog breed. However, there are no live records that report Tibetan Mastiffs being brought to Newfoundland. Many experts agree that they came from Tibetan Mastiffs in part by Great Pyrenees dogs which were crossed with Black English retrievers. The Husky may have had a part to play in the mix as well.

Whatever the true mixture of dog breeds that went into the making, the result was an extremely massive bear of a dog that loves water, is resistant to cold temperatures, and comes in either black or black and white mixed.

The Newfoundland distinguished itself by being a reliable human companion that was capable of a large variety of tasks. These dogs would do the job of hauling very heavy fishing nets through cold water which otherwise had killed many human workers on-the-job, due to the extreme temperatures. They also served as pack animals and as draft dogs.

When the Europeans visited and were introduced to the Newfoundland dog, they were immediately impressed and returned back to Europe with many specimens.  It was at this time that the breed first entered show ring competitions.

Because so many of the dogs were exported out of Newfoundland to other parts of the world, along with strict local laws that forbid any one household to have more than one of these dog breeds, their numbers dwindled. Fortunately, the English and the Americans took great notice of the breed and drove its numbers back up. Today the Newfoundland is one of the most popular of the large dog breeds.

The one personality trait that many dog enthusiasts appreciate about the very intimidating Newfoundland is its calmness. Despite its size, this dog is extremely gentle and patient. They are sweet, amiable, and get along with just about any human and animal. However, if crossed the wrong way they will jump to the devotion of protecting its family.

Taking Care Of Your Newfoundland

Large dogs like the Newfoundland can have its physical requirements taking care of by walks on the leash or a short romp through a field. Living next to water is ideal for anyone that wishes to own a Newfoundland, as these dogs go crazy for water fun and retrieving games.

Hot weather is not a friend to the Newfoundland but it can fare well outside during cold temperatures. It is always best to allow access to both the outdoors and inside of the house. Grooming requirements consist of a thorough brushing approximately twice per week, more so during times of shedding.