Neutering Your Dog: It’s Only A Matter Of Time – Part 3 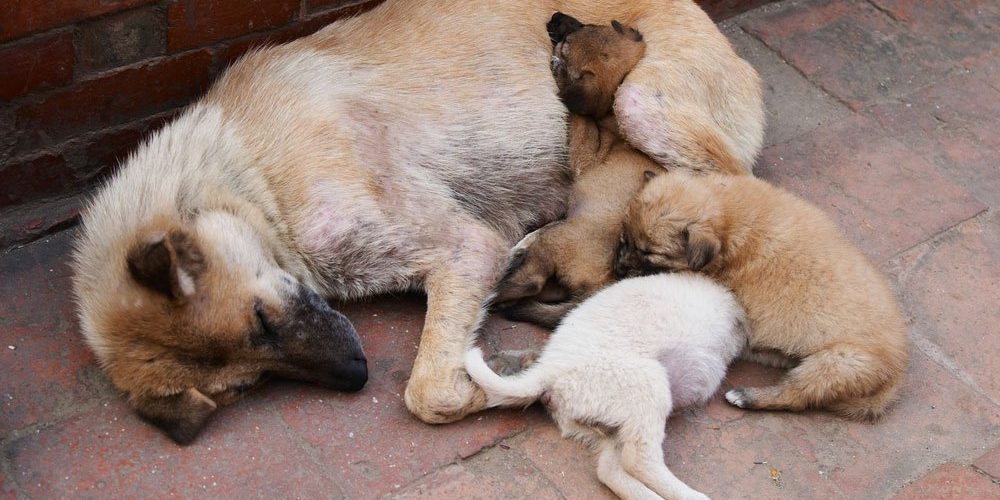 Many dog owners consider it too costly to get their animal spayed or neutered, too much of an expense – one that is usually put off for a long period of time until either the dog gets pregnant or hurt trying to escape the yard and roam free outside while looking for a mate.

For that matter, when it comes to owning a dog, expenses in general are rarely considered. The everyday dog of an average family costs about $800 to $1200 per year in just food an care alone, but from there the price goes up.

The Commerce Department statistics indicate that Americans spend billions per year for pets and their comforts. These comforts range from a Poodle’s monthly beauty salon visit, complete with hair ribbon and nail polish, to a dog walker’s fee; from diamond collars, mink booties and lined raincoats to a personalized pillow and chair; from heated doghouses to chintz-covered casket in a pet memorial park. In fact, many pampered pooches live far better than a lot of people!

With birth control advocated and practiced by so many people today, it would seem only logical to include dogs, too.

Ecologists have brought the dangers of over-population to the attention of the public just as sympathetic animal lovers are trying to do in the case of a dog population – that has long since overflowed its boundaries. Due to the pill, legalized abortions, and a growing interest in vasectomies, the country’s birth rate has declined steadily.

With the public so birth conscience about itself, there is hope that it will apply the same thinking to its pets. The population explosion so feared and still predicted for our future has long since become fact for man’s best friend.

No place to go, no food, no man to love – they may live their life out in a matter of weeks.

In the future, with more apartments, fewer open acres, less food, and more polluted air, dogs and other pets might be limited to an even greater degree. A proposed ordinance to restrict pets to three dogs and/or three cats per residence was brought for action to the Reno, Nevada, city council. Other cities across the nation have followed suite with similar proposals.

Many unwanted pets are dropped along the roadside or abandoned in fields and woods. The belief that they will revert back to the wild and be able to support themselves is a falsehood that many pet owners think to be true.

Dogs, domesticated for so many generations, are the least likely animal to survive without human care. Usually, they are killed within minutes of being let out along the road by a passing motorist. Even hitchhikers standing by one of man’s most lethal inventions – the highway – survive longer.