Neutering Your Dog: It’s Only A Matter Of Time – Part 2 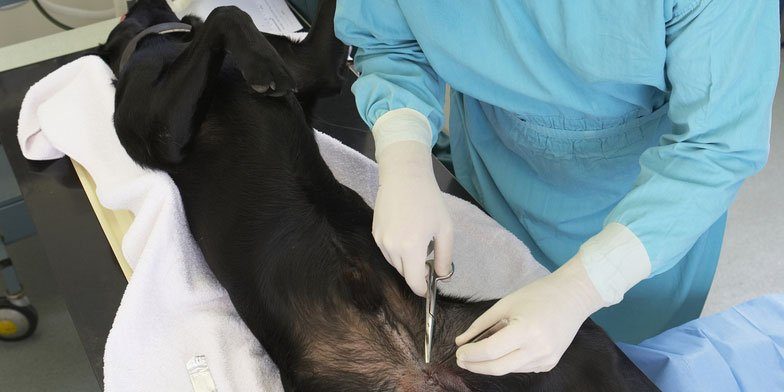 The first Humane Society was founded in England in 1824. The first in the United States, organized in New York by Henry Bergh and chartered by the state legislature in 1866, was the American Society for the Prevention of Cruelty to Animals (ASPCA). It is limited to that state only, and, though there is no national organization, there are about 600 similar societies in the United States.

The Society for the Prevention of Cruelty to Animals (SPCA) is the name for many independent groups, which do important work in preventing the mistreatment of animals.  These anti-cruelty societies influence governments to pass laws for the prosecution of persons who mistreat animals, and enforce these laws by investigating cases of cruelty.

They also perform periodic inspections of places where animals are kept. Ironically, these same groups have been put in the position of practicing executioners by today’s society and its lack of conscience.

To combat the number of needless puppy lives wasted, the Pennsylvania SPCA announced that it would “neuterize” male dogs that it puts out for adoption as well as females.  By spaying thousands of females since the mid-1970s, the SPCA estimates that more than 100,000 potential litters have been prevented to date.

But a female dog can hardly produce more than two litters, or 10 puppies a year, while the male dog allowed to roam at will can impregnate as many females as he encounters. This fact alone changed their policy so that now every person adopting a dog of either sex is required to leave a deposit which takes care of the “neutering”  expenses. This deposit was refunded as soon as a certificate from a veterinarian is produced to prove that the dog was spayed or neutered.

(Note: Not all organizations offer a refund on a deposit or fee for adoption so consult the individual animal shelter for their terms and policies.)

Unfortunately, many people are too unconcerned to follow through and have the operation performed when the puppy is of age.  A change in personality and the possibility of obesity is feared, when, in fact, a change, if any, in personality, will make the animal a better companion since the desire to roam will have diminished, and obesity can be counteracted with proper exercise and diet.

Money, in many cases, is not the problem, even though the spaying of large dogs can cost as much as five hundred dollars. To eliminate even this at least one SPCA in New York had a special clinic set up just for the neutering of animals, and the state of California even had mobile units traveling to different locations to perform operations.