Neutering Your Dog: It’s Only A Matter Of Time – Part 1 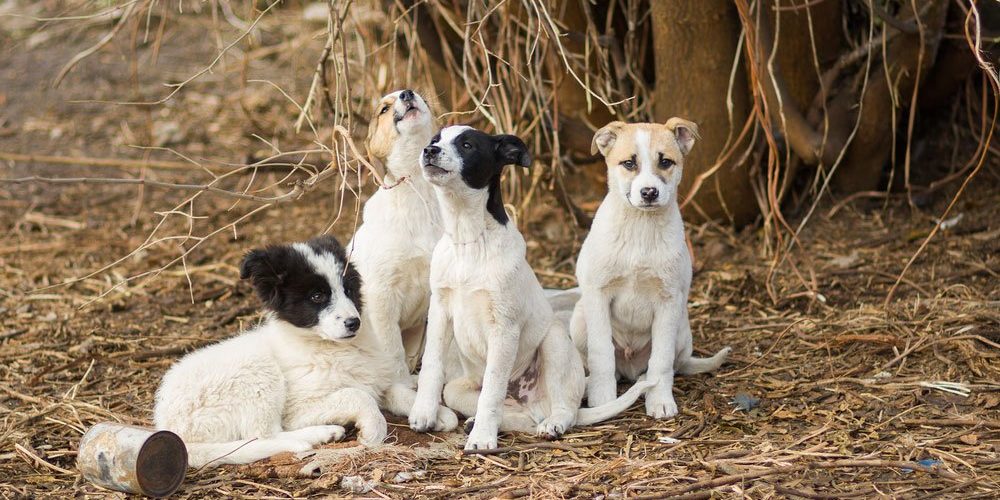 A bloody, flesh-torn mixed Retriever female was standing alongside a busy intersection. Cars racing by on a crowded Monday morning, commuters trying to get to work on time, all seeing the poor maimed dog but too late for work to stop and do anything about it.

With four puppies waiting for this mommy Retriever to find food and come back to the hole underneath the overpass to nurse them, time had run out. It’s been three days since she had left and due to her injury by a hit-and-run vehicle, she will not be returning.

The puppies will starve. The entire family lost…

This sad story is not an unusual one. In fact, thousands of unspayed dogs with puppies – the results of interbreeding between strays – are trying to survive through the country’s woods and city streets.

Those picked up by the local animal services are the more fortunate ones. With a chance for adoption, especially for the puppies, these animals are cared for and fed for a bit of time. And when that time period runs out, and it’s definite that nobody wants them, the animals are painlessly put to sleep.

Filling the cages of SPCA buildings all across the country, there are loads of puppies and grown dogs, purebreds and mixed breeds, large and small, black, brown, red and white – all unwanted. They wait eagerly for hands to pet them, to love them.

With patient, trusting eyes and wagging tails, they wait.

For some of the animals time has run out and they are doomed to execution. Adoptions are few and new puppies and kittens looking for homes are coming in every day. Funds and space are often limited and, unfortunately, this is not unusual for an animal shelter. Scenes similar to this are being recreated in thousands of humane organizations around the globe.

The dog population in the United States has increased tremendously due to indiscriminate breeding, and homes for these puppies are practically non-existent. The purebred dog might have a greater chance of being adopted than the mixed breed, but even his SPCA cage is not likely to be traded for the loving confines of a home and family.

Few SPCAs can claim even one third of their annual intake of dogs being adopted, and too many can only note the thousands that they have had to “put to sleep”.

Yes, it is, but one that will and has to continue until pet owners can make up their minds to spay and neuter their dogs, thus preventing countless litters of unwanted puppies, who may be put to death only weeks after they are born.