You are here:
Dog BreedsDogsMalteseToy Group 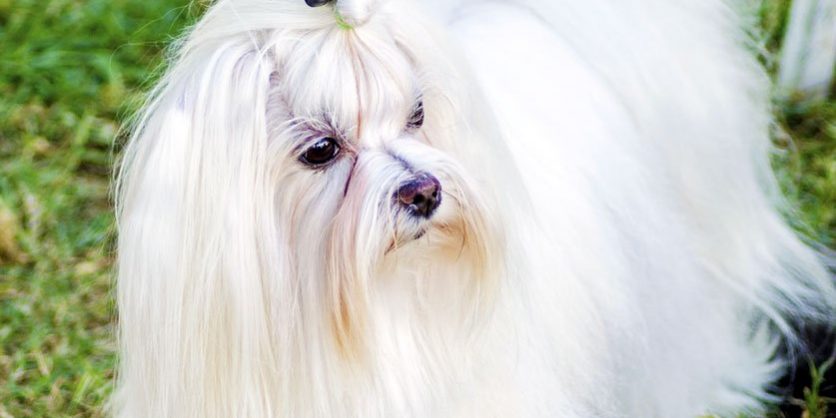 The Maltese dog has been around for thousands of years.  In fact, these dogs were specifically mentioned in writings that date back to as early as 300 B.C. The Greeks also have artwork that depict Maltese dogs from as early as the 5th century. This information tells us that this breed is the most ancient of all European Toy dog breeds.

Maltese dogs were exported and distributed throughout many parts of Europe and the Asian countries.  However, even though they reached so many different areas of the globe, the majority of the original Malta remained in a relatively isolated area, away from other dogs.  Because of this, pure breeding over centuries kept the distinctive and noble look of this small dog.

Today’s Maltese is white colored but throughout history they came in various other colors besides white. Regardless of the color changes, these dogs always kept their beautiful, long silky coat that dazzles the eye.

Maltese dogs were brought to England by the early 14th century. Here they became practically worshiped by the upper-class.  Adored and pampered, wealthy families had Maltese dogs as pets to show off their nobility. Although popular at that time, it is suggested that this breed was close to extinction sometime during the early 1800s.

Soon after this time period, two Maltese dogs were brought to England from the lands of Manila to be given to Queen Victoria as a gift.  However, the animals did not make it to their destination and were passed on to other people.  The offspring of these two dogs became the first of their kind to be exhibited in England. They were referred to as “Maltese Terriers” even though they were not related to Terriers.

The Maltese dog breed finally made its way to the United States sometime during the late 1800s, probably around 1875 or so.  At this time they were referred to as “Maltese Lion Dogs”. The AKC recognized the Maltese in 1888 and has become one of the more popular dogs breeds of today.

If you are looking for a beautiful lapdog, then the Maltese should be your #1 choice.  A dog to be admired and pampered, the Maltese makes a perfect pet for somebody that enjoys holding and petting their dog often. And do not let its innocent look fool you, these dogs can also be very feisty and bold.  Oftentimes they will challenge dogs that are much larger in size, which makes them great watchdogs.

Taking Care Of Your Maltese

Like all pets, the Maltese must get in a bit of daily exercise. These requirements can easily be met with a quick run through the yard or a short walk on the leash. They are not outdoor dogs and are best to be kept indoors when not exercising outside. They love to be held and pampered. Grooming requirements consist of constant brushing to keep the coat clear and clean.  Monthly clipping may also be needed depending upon how long you want the hair to grow.

Maltese dogs have a lifespan of up to 15 years, with 12 to 13 being the average.  There are no major health concerns to worry about, however minor issues that occasionally come up are portacaval shunt, entropion, patellar luxation, hypoglycemia, open fontanel, distishiasis, hydrocephalus, and dental problems.