You are here:
Dog BreedsDogsLowchenNon-Sporting Group 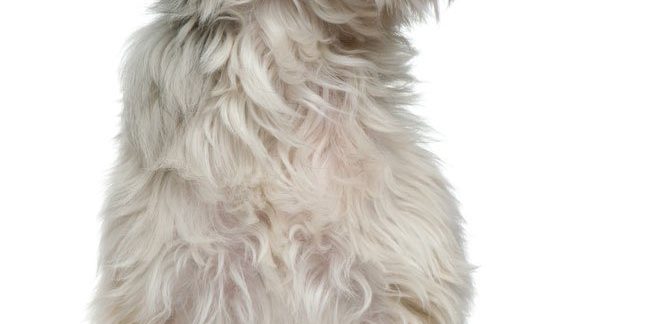 Pronounced “Lerv-chun”, the Lowchen name means “Little Lion Dog”. This dog breed shares its roots with several other members of the Bichon family, such as the Havanese and Bichon Frise.

The exact origin of the Lowchen is still unknown, even though several countries have all claimed to have started the breed (France, Russia, and Germany). We do know that dogs which resembled the Lowchen, with its noticeable lion trim, were found in German artwork from the 16th century.

Traditionally, the lion trim look came with the coat clipped short from the dog’s last rib all the way down to the hock joint, including the hindquarters. The front legs are shaved from the elbow to slightly above the dog’s pastern. The feet are also clipped and approximately one half of the tail is shaved. Whatever long hair is left over is left ‘as is’.

The Lowchen dog breed almost vanished during the 1960s when its numbers had slipped down to practically nothing. Fortunately, through the help of two dog enthusiasts, the Lowchen was revived when this group of breeders imported a handful of related dogs from Germany and moved them to Britain. The animals were in such small numbers that they had to be interbred extensively which helped form the base for today’s Lowchen breed in both Britain and in the United States.

The survival of the Lowchen dogs proved to be successful and the breed was entered into the AKC’s miscellaneous class in the year of 1996. Then in 1999 the Lowchen was an official member of the non-sporting group.

The Lowchen is the perfect dog for a quiet family that enjoys having a lovable and high-spirited small dog around the house. With their high energy levels and friendly attitude towards people and other animals, this dog is a ball of fun to have around, always willing to please, and is easily trainable.  In addition, the Lowchen makes an excellent watchdog, similar to most small dog breeds.

Taking Care Of Your Lowchen

Because of its small size, the Lowchen can have its exercise requirements taken care of by a short walk or brief play sessions on a daily basis.  These dogs also enjoy mental stimulation and fun games. Lowchens are not meant to live outside but it does appreciate having the freedom to roam in an enclosed yard if possible. Grooming does require a little work, with a thorough brushing every other day. To keep its traditional lion trim, Lowchen dogs will need clipping every couple of months.

Of the hundreds of dog breeds known around the world, only a very small percentage do not have health concerns to worry about. The Lowchen is one of them. With no major health issues and the only minor problem which is common with all small dogs (patellar luxation), the Lowchen typically lives a long and healthy life of up to 16 years.