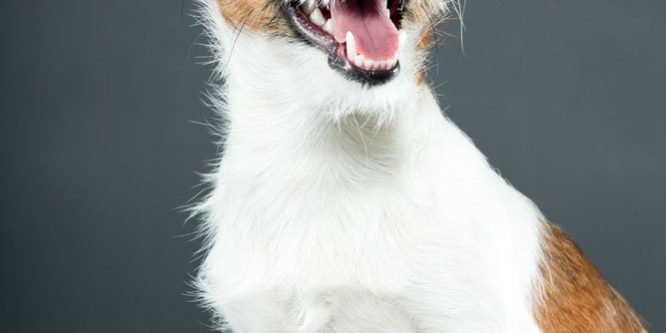 Jacks, Jack Russell’s… call them what you will. They are ‘terrier-rific’ by any name. Smart, energetic and always eager to play or work, they make great companions… for anyone with the energy to keep up with them.

Jacks are generally on the small side, averaging about 14 pounds with a chest size roughly 12-14 inches around. Like most terriers, they were originally bred to chase out small game.

They come in different sub-breeds, with tri-colored brown, black and white coats that are either smooth, broken or rough. All can live as long as 15 years or more. The natural tail is straight and held high, one reason they’re often docked to about five inches in length. Then they swing to and fro like little metronomes.

That ‘musical beat’ tends to be pretty rapid, though, as a Jack Russell will chase a cat, squirrel or anything else around in a flash. As a result, it’s best to leash them when they’re not in a safe, enclosed area, such as the backyard.

They enjoy attention, though, so it’s not a good idea to leave them out there on their own for long periods. Like all terriers, they enjoy digging and will quickly destroy any manicured lawn or garden. That instinct can be channeled but not eliminated, and only partly curbed. Bred for centuries to ferret out rabbits, foxes and other small animals, a terrier wants to go down a hole, even if they have to widen it a bit. Jacks are no exception.

That same energy level can get them into trouble in other ways. Since, like most terriers, they’re basically fearless, they will fight with dogs much larger than themselves. The results are not always in their favor. Because of their staunch attitude, some larger breeds will run away. Those that don’t will often get the better of a Jack that picked on a larger dog where the size difference is overwhelming.

But that intrepid attitude also makes them loyal and very protective of their ‘terrier-tory’. While they can be socialized to include other pets in the home, they greet strangers with a wary eye and often a harsh bark. They’re not overly inclined to bite, though, and quickly warm up to people to whom they’re introduced by the ‘alpha’ of the pack (i.e., you).

However, when introducing them to young children or those who are nervous about dogs in general, it’s best to proceed with caution. A chest halter and a firm grip can make the process safe for all participants. Getting down to their level reduces jumping, but take care not to get your face close to a Jack that isn’t well restrained. Bites are unusual, but snapping can still be upsetting.

Like all terriers, they can be trained but their behavior is usually somewhat non-plastic. Unlike, say, a German Shepherd or Golden Retriever, they remain independent and strong-willed even with the best of training. Still, the effort is worthwhile. Neglect training and the alternative is uncomfortably close to a wild animal.