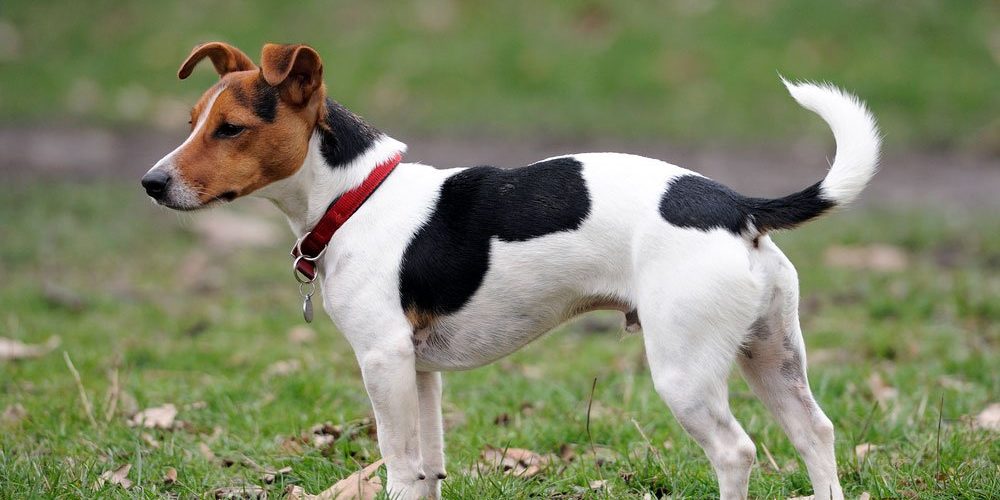 Jack Russell Terriers are feisty, energetic dogs that gained popularity with the advent of the Wishbone series. However, in real life, these dogs are not exactly like the famous Wishbone. This dog breed is all terrier, and sometimes a Jack Russell’s temperament can be overwhelming for inexperienced dog owners.

The Jack Russell Terrier is also called the Parson Russell Terrier, because this breed was created by a parson – Reverend Jack Russell. He bred these dogs to chase down foxes. He wanted the dogs to be small enough to fit into the space the fox was hiding in, so he kept them small.

The Jack Russell Terrier is a member of the American Kennel Club’s Terrier Group. However, the AKC calls these dogs Parson’s Russell Terriers to differentiate them from British Jack Russells. This is necessary because the AKC feels that these dogs should have long legs, while British breeders prefer dogs with shorter legs.

Jack Russell Terriers are small, but strong dogs. Their dark almond shaped eyes have a bright eyed, alert appearance. While most Jack Russells have short coats, there are rough coated dogs, as well. These dogs always are more than half white. The rest of their body has a combination of tan, black and brown markings. The short tail of the Jack Russell Terrier is carried straight up, but is rarely still, as this breed is almost always enthusiastically wagging its tail over something. These dogs weigh in at 13 to 17 pounds and stand 10 to 15 inches tall.

The Jack Russell Terrier is a very high energy dog. Despite it’s small size, this dog does not do well in apartments or small spaces. This dog thinks it is much larger than it really is and will work until it wears out. A Jack Russell needs a securely fenced yard. Jack Russells will go over, under, and around obstacles to escape when they are bored. They will even climb trees.

Jack Russells enjoy living in the midst of an active family, as long as they aren’t overlooked in the bustle of family life. They love plenty of attention and thrive on playing games with children, such as chasing down and retrieving balls.

You should make sure you don’t neglect obedience training because of the Jack Russell’s small size. These dogs need the structure that commands provide. Puppy classes will also help you socialize your puppy, so he learns to play well with other dogs.

Jack Russells can suffer from eye and ear problems, including deafness. However, overall, this is a healthy breed.

Feeding a Jack Russell is not too expensive, as these dogs do not eat large quantities of food. However, if your dog becomes hyper, you may want to consult your veterinarian about using a lower protein food.

Smooth coated Jack Russells need very little grooming. However, rough coated dogs should be groomed at least once a week. Be sure to check regularly your dog’s nails to be sure they aren’t too long.

The Jack Russell can be a fun family pet. As long as your family isn’t filled with couch potatoes, the Jack Russell may be the perfect breed for you.