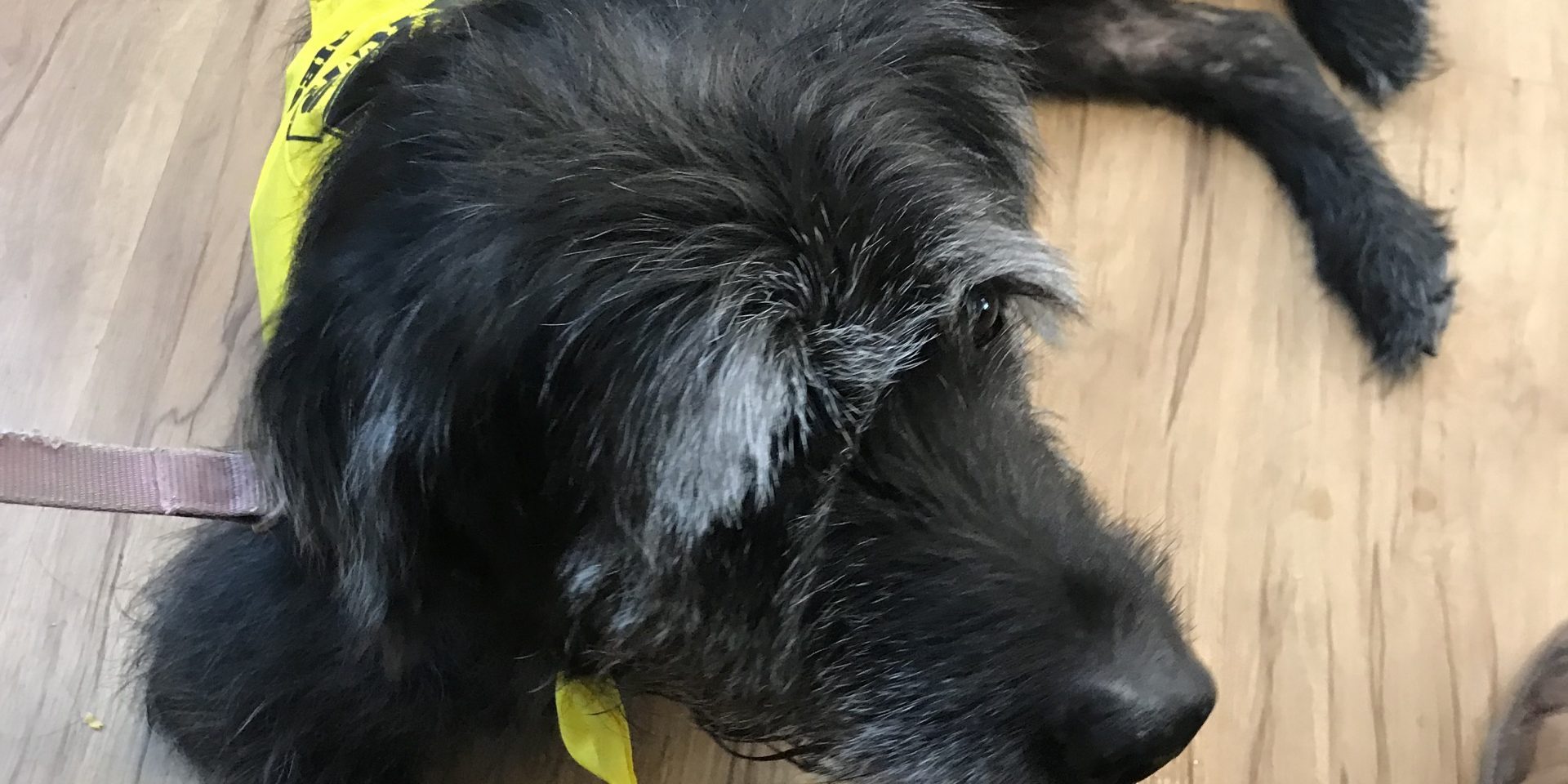 Cheyenne is one of 63 competing in DOG BOWL, where the dogs range in ages from 2-16 years old and there are a variety of breeds and mixed breeds represented including a cocker spaniel, pug, german shepherd, basset hound, pomeranian, chihuahua, bulldog, pekingese, boxer, american eskimo and many more!

The two teams have brand new names, TEAM GOLDIES and TEAM OLDIES and they’ll compete to win the day – and your hearts.

Cheyenne (pictured left) came to the Baltimore Humane Society from an open admission municipal shelter when she was 13 years old.  Luckily, she was adopted within 10 days of being pulled.  Since then, Cheyenne enjoys walks, playing with her favorite toys and going for car rides.

The Olate performing dogs who won the seventh season of America’s Got Talent will be the featured tail-gaters as they root for their favorite team and players.

Senior celebrity rescue dogs such as, Mervin the Chihuahua (@mervinthechihuahua), Marnie the Dog (@marniethedog), Kimchi Kardoggian (@the_kardoggians), and Ella Bean (@ellabeanthedog) will also be getting in on all of the DOG BOWL action this year.

For the last 14 years, Animal Planet’s PUPPY BOWL has owned the world’s cutest sporting event on television. And this year marks the second DOG BOWL as well!  Dog Bowl barkers representing rescues and shelters from across the country compete in adorable team plays that will hopefully lead to finding their furever homes.