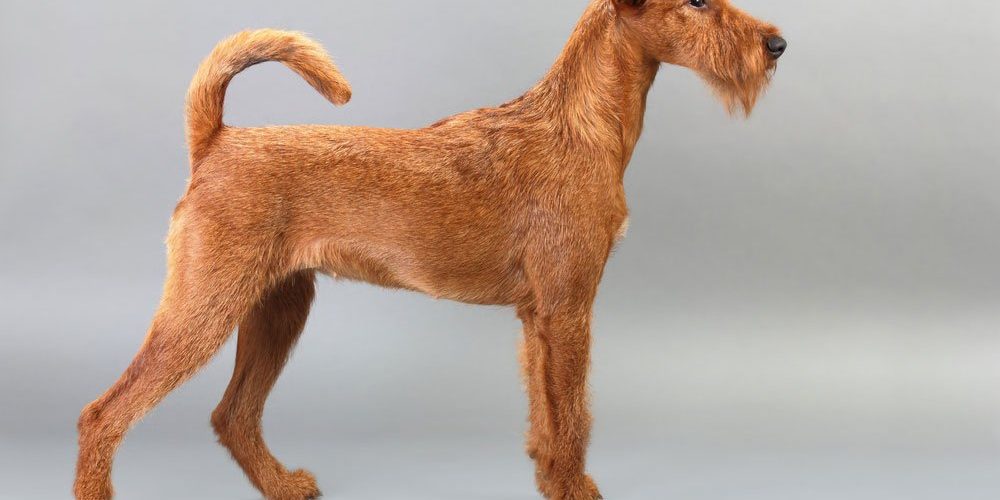 The Irish Terrier is known as the world’s oldest Terrier breed.  It is said to have descended from the Black and Tan Terrier, also mixed with a larger and more streamlined wheaten colored Terrier. There is no official documentation to list this ancestry, but researchers are pretty confident with this estimation. Other information leads us to believe that the Irish Terrier may also have roots from the Irish Wolfhound dog breed.

Irish Terriers dogs are considered to be the raciest of the Terrier Group. It has a longer body with legs that extend further than most other Terriers. The solid red color of the Irish Terrier became a standard for the breed around the end of the 19th century.  Before that time, early Irish Terriers were seen in a variety of other colors, including gray, brindle, and black/tan.

The Irish Terrier soon became quite popular in America.  During the late 1920s, they were ranked #13 of all breeds listed at that time. With such fame and a great beginning, you would assume that the Irish Terrier would maintain its popularity. However, it is considered to be one of the more rare Terriers of today.

Irish Terrier dogs are extremely bold, dashing, assertive, and independent. Often said to be one of the most strong-willed of dog breeds, these animals can be a bit aggressive towards other dogs and smaller animals, and tend to be reserved when around strangers.  On the other hand, when it comes to its family, the Irish Terrier is top-rated for its playfulness.  It loves adventure and is also a first-class watchdog. So long as it gets plenty of daily exercise, this dog will maintain a well-mannered personality.

Taking Care Of Your Irish Terrier

This is one dog that not only needs physical exercise on a daily basis, but it also requires a lot of mental stimulation as well.  Daily entertainment and vigorous playtime is a requirement if you plan on raising an Irish Terrier. They make great jogging partners and are often the desired pet for active people. When it comes to grooming, it has a very wiry coat that will need a thorough combing two to three times per week.

Irish Terriers are one of the most healthiest dog breeds in existence.  They have a lifespan of up to 16 years, with 13 to 14 years being the average.  There are absolutely no major health concerns to worry about and the only minor issue that occasionally springs up are urinary stones.