How Your Dog May Become A Diabetic 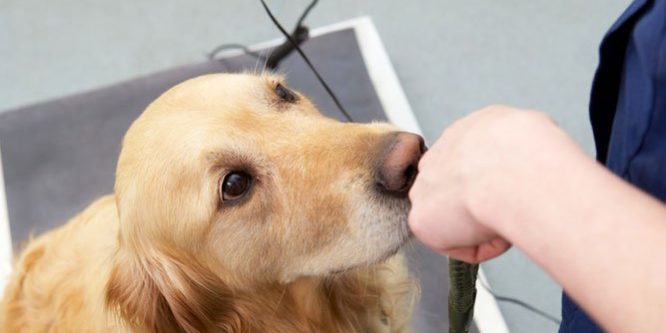 Did you know that diabetes is becoming increasingly more common in our household pets? The latest research shows that 1 in every 100 dogs gets diagnosed with diabetes. Therefore it is only reasonable that you understand what causes this disease and take preventative measures to protect your dog’s health.

How Do Dogs Get Diabetes?

In some cases, specific dog breeds are genetically prone to developing diabetes. Such dog breeds include the golden retriever, miniature schnauzer, and the standard poodle. These breeds may develop diabetes at a young age simply as a result of the type of dog they are.

For other dogs, it is theorized that diabetes is the result of another disease in the animal which destroys the cells of the pancreas, thus branching off to diabetes. However, for most dogs, diabetes is caused by too many carbohydrates in the diet mixed with an inactive lifestyle, which of course leads to obesity, and ultimately – diabetes.

The Lowdown On Carbohydrates

Just like what happens when humans consume too many carbohydrates, a dog’s blood sugar level will rise tremendously after eating a meal that is high in carbs. It happens extremely quickly as well. As a response to this, the body than uses insulin as a way to push the blood sugar back into the cells. Each of these cells have insulin receptors which open and close like a doorway in order to regulate the flow of blood sugar.

Through years and years of high carbohydrate eating, these “doorways” begin to break and eventually shut down. Your dog’s body then produces more insulin resulting in sporadic cycles of insulin resistance. Eventually the body will no longer be able to create the insulin needed to push back the blood sugar into the cells. The final result of this action is diabetes.

Other Ways Dogs Get Diabetes

Dogs that are overweight and older and age can also get diabetes from a very unique way. In many cases, these dogs came down with diabetes after they were given corticosteroid medication.

Whether it was by injection or tablet, the corticosteroids given to overweight pets seem to have caused the disease to set in. Researchers claim that these dogs were already genetically susceptible to diabetes and that the medication was just the trigger it needed.  The good news for these types of diabetes cases is that with proper diet and medication, the disease may go into remission and the dog may be able to have his insulin discontinued indefinitely.